Martina Ragachova, Sean Patrick Murphy and Viviana Martinez have arrived in Israel over the past 15 years or so from the Czech Republic, Canada, and Ecuador, respectively, and each, for their personal reasons, decided to pursue becoming Jews through Orthodox courts, one in B’Nei B’rak, the other in Meah She’arim, that were not sanctioned by the Israeli Chief Rabbinate. On Thursday a panel of nine Supreme Court justices led by Chief Justice Miriam Na’or decided that their conversions are valid in the eyes of the state and that they entitle them to a speedy acceptance as Israeli citizens under the Law of Return.

Chief Justice Na’or stated that limiting recognized conversions to the state system “would only harm the right of return which is the inherent right of every Jewish person, and would contradict the Law of Return.” According to Na’or, the minute a person became Jewish, even if through conversion, they are entitled to benefit from the Law of Return.

Justice Neal Hendel wrote: “It is thrue that in our country there is the Chief Rabbinate which is trusted with a variety of religious issues. Our purpose is not to challenge its status, but in our case the Law of Return does not endow the Chef Rabbinate with an exclusive control over the process of conversions.”

“Creating an excessive concentration of power and giving the Chief Rabbinate complete monopoly over the institution of conversions — a monopoly whose practical meaning would be the adoption of a more severe approach and placing obstacles before Jews who wish to make Aliyah — are in contrast with the central purpose of the Law of Return, which is encouraging Aliyah,” Hendel added.

Normally, the state-sanctioned conversions are performed for individuals who have already entered Israel under the law of return, such as the spouses of Jews. The three petitioners turned to the high court in an effort to change the existing situation and the court chose to combine their appeals into one, authoritative decision.

Interestingly, the two rabbinic courts the three petitioners used were Haredi — one the court of Rabbi Shmaryahu Yosef Nissim Karelitz, head of the beis din tzedek of B’nei B’rak; the other the court of Rabbi Frank in Me’ah She’arim. The state refused to recognize these conversions.

The Chief Sephardi Rabbi, Rav Yitzhak Yosef, responded furiously to the decision, saying it was scandalous. He accused the court of effectively “destroying the state conversion system.”

Reform Rabbi Gilad Kariv, head of the Reform movement in Israel, was beside himself with delight at Thursday’s decision, saying “the High Court decision determines unambiguously that there exists more than one way to convert in the State of Israel, and that a conversion which is conducted in a Jewish community in Israel belonging to one of the Jewish denominations would be recognized as valid.” He added, “We expect the government of Israel to declare based on the ruling its full recognition of the Reform conversion being carried out in Israel, just as it has recognized these conversions in diasporah. This is a holiday for anyone who believes that the unity of the Jewish people will come through mutual respect and religious tolerance, and through the State of Israel’s recognition of all the colors and circles of the Jewish nation.”

And now, let’s hear what the fine community of Jews for Jesus has to say. 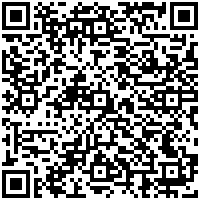