Hashem sends people into our lives who plant seeds of perspective which, if we are fortunate, will bear the fruit of self-awareness.

I realize only in retrospect how much hashpa’ah Rav Chaim Okolica, zt”l, had on my life. Now, more than 40 decades after our initial meeting, I sadly mourn his recent passing at the age of 103.


We met decades ago, when my husband taught the Rav’s daughter at the Yeshiva of Hartford in Connecticut. One day we received a telephone call from the Rav summoning us to meet his oldest daughter, Naomi, who was visiting her parents from London.

At the time, the Rav was not only the Rabbi of a local shul, but in addition, he hosted a popular TV program which showcased Jewish themes. He was considered “The People’s Rabbi.”

I never questioned why he insisted that we had to meet Naomi, and immediately acceded to his request. Yet when he had suggested that I write to the Lubavitcher Rebbe to ask for a bracha for children, I feared a negative response and refused.

Although none of us knew it at the time, my husband would go on to serve as a U.S. Air Force Chaplain. Originally, he was commissioned to serve in Germany, but al pi Hashgacha Pratis, the orders were “re-cut,” and we were sent to the U.K.

Baruch Hashem, thanks to Rabbi Okolica, I already had a contact there – his daughter Naomi. Shortly after settling in, I lost no time in contacting her, inquiring as to where the mikveh was, where I could purchase kosher food, etc.

Without delay, with the approach of our first Shabbos in England, I took the train to London to shop. This was the first of many trips to Stamford Hill, in the northern part of London where Naomi and her husband, Rabbi Berel Futerfas, lived. Whenever my husband’s schedule permitted, we would spend quality time with the Futerfas family.

Rav Berel succeeded where his shver did not in that, at his request, I finally agreed to permit my husband to write to the Lubavitcher Rebbe to request a bracha for children.

Exactly nine months from the date of the Rebbe’s reply for b’sorot tovot, my first child was born.

In retrospect, my dear Rabbi Okolica, zt”l, had planted the seed which led to my kesher with the Rebbe – a seed that bore the most beautiful fruit imaginable! 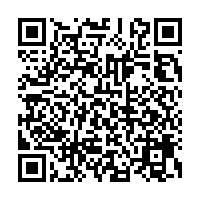