Rachel Imeinu, our mother Rachel, has been crying and praying for her children, for us, for thousands of years. And so it is natural that throughout the year, thousands of Jews of various ages, backgrounds and levels of religious observance, travel to the kever of Mama Rochel, in Beit Lechem, to pray. We always pray only to Hashem, our loving Father and King in Heaven, and this is so even at the kevarim (gravesites) of tzaddikim. At a kever, we implore Hashem to answer our prayers in the merit of the tzaddik, and we are permitted to also ask the tzaddik who is buried there to be a meilitz yosher, to intercede with our Creator on our behalf so that He will answer our prayers for the good. I’d like to share with you two stories of great love, stories of prayers at the kever of our loving Mother Rachel.

One day, one of the people who had come to pray at Kever Rachel was a girl in her late twenties, we’ll call her Sigalit, who, judging by her appearance, was definitely not religious. Yet there she was – praying and crying and sobbing, speaking to Mama Rochel from deep within her heart. She was crying so hard and sobbing so loudly that women came over to her, obviously religious women, and tried to comfort her. “Yiyeh be’seder” – “It’ll be alright”, they told her lovingly. “Hashem will answer your prayers.” They tried and tried to calm her down, and eventually she ended her prayers and, still crying, left to go home.


What was it that Sigalit prayed for from so deep within her heart? Why was she crying so, and what did she say? Eventually, she told a group of women exactly what had transpired that day in Beit Lechem. Sigalit was an older single girl and she longed to get married. That day she said to Momma Rachel: “You were supposed to marry Yaakov, and you wanted to marry him so much. But you didn’t want your older sister, Leah, to be shamed, so you gave her the signs that you and Yaacov knew so that she, Leah, would marry Yaacov instead of you.

“Ima Rachel, I, too, want to get married, I want so much to find my soul mate and marry him! But I am willing to forego that! Instead I want you to intercede for my sister, Ronit, who is a baalat teshuva, who has become religious, and married and is living a true Jewish life. I’m imploring you to intercede on her behalf so that she will have a child, a child she has been longing for for eight long years!”

Sigalit continued her story to the women listening: Several months later she met her soul mate and became engaged! Her sister Ronit, who was among the women listening to the story, not for the first time, was smiling and shining with joy. The joy of anticipating her sister’s wedding, and the joy of expecting a baby after eight long years of waiting!

The second story of great love at the kever is very different.

There was a young man, we’ll call him David, who was brought up in a religious family in Eretz family. It was a good family and David was a good boy, but something went wrong and when he was in his late teens he started to drift away from everything sacred. Once he started associating with non-religious boys, things got worse, and then of course, there’s the media, including electronic media and things got really bad until he was totally out. His clothes, hair, speech, friends, everything said that he was non-religious, that he was far from everything Jewish.

His parents and siblings, as well as former friends and classmates, were shocked and heart-broken. He left his home, moved somewhere, got some kind of job and nobody even heard from him for months at a time, if at all. But a Jew who was raised with Torah and mitzvos can’t ever cut himself off completely. He can’t forget – even if it’s only deep inside him – what he once had. And it’s not just a matter of memories. The mitzvos refine us and David lived with mitzvos for so many years that even when he stopped observing them, the refinement was still in him. It lessened, but it was always there.

And so it was that David was no longer part of the religious community, that was obvious, but at the same time, he didn’t fit in completely with the secular community either. Though he was “on the street,” he simply couldn’t be as hedonistic and coarse as the others who had been there long before him, and who had never tasted the sweetness, the kedusha, the holiness, and the kindness of a religious life. He just didn’t fit in. He tried but they didn’t let him in, because they felt that he was different from them.

So he had nowhere. He had cut himself off from his family, community and friends, and assumed that they didn’t want to have anything to do with him as he had gone against everything that was dear to them. Nor did he have non-religious friends. He was an outcast in both worlds. He tried and tried to fit into the non-religious world but it just didn’t work.

Eventually he couldn’t handle this total alienation and decided that he didn’t want to live, that he couldn’t live in such loneliness. And so one late afternoon David went to a very high building in Tel Aviv. He had it planned. He would take the elevator up, up, up, and find a terrace on one of the highest floors and jump.

And on the ground as he walked toward the elevators, he saw colorful fliers strewn about. “The eleventh Day of Cheshvan,” it said, together with the secular date. “Today, is the Yahrzeit of Rachel Imeinu. . . Buses from all parts of Israel will take you to the kever of Rachel Imeinu . . Come! Come talk to our mother, Rachel!” David looked, he read, he thought, he felt, and something within him, his pintele yid, his holy Jewish spark inside, made him turn around, leave the lobby and look for a bus to Kever Rachel.

He went to a busstop, waited, boarded, sat down and rode and rode, not knowing why and what to expect, but deep within him he felt that this is what he should do. One last try. Finally, he arrived and together with the throngs of people going to pray there, he, too, went to the kever of Mamma Rachel. Maybe that would help, in some way. How, he didn’t know. During those 24 hours tens of thousands of men and women would go to the kever, each with his or her own personal prayers.

The area was packed, men on one side of the mechitza and women on the other side, and they were all praying fervently, and so many of them were crying, sobbing, begging Mamma Rachel to intervene with Hashem, to end their problems, their pain, their sorrows. Suddenly, David fainted.

Everyone there crowded around to help him. They tried to revive him. They asked, “Does anyone know him?” And then women from the other side of the mechitza who heard the commotion also came to the men’s side of the mechitza to see what had happened, to see if they could help. And suddenly a shout was heard, a deep gasp from one of the women: “David!! It’s my son! He’s my son!!”

Water was put on his forehead, he was tapped here and there and spoken to and his mother, too, spoke to him, begging him to wake up, to come back. And he did. And he looked at his mother and burst into tears and heartfelt sobs. He got up, kissed the cover of the kever, and began to slowly walk away, with his mother beside him.

And then he told her what had happened, what had caused him to faint. While he davened at the kever, believing that he had no one in the world who cared about him, certainly no one who loved him, suddenly he heard a voice sobbing and begging Mama Rachel to have compassion on her son, “David Menachem ben Miriam Chaya,” and when he heard that, he suddenly realized that it was his mother’s voice! Suddenly he knew that she still loved him, that she still cared about him, she was even praying for him with tears of love and longing, begging Mama Rachel to intercede on his behalf!

Suddenly he knew that he wasn’t alone! His family still loved him and cared about him! They were still hoping and waiting for him to come back, waiting and hoping with prayers and tears of love. They were both there at the exact same moment so that a miserable, desperate young man would hear his mother begging Hashem, with tears of love and longing, to bring her son back.

And he came back. 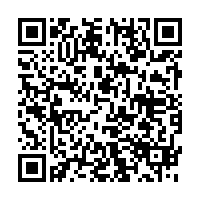