You are walking your dog late at night when you witness a hit and run driver take off after totaling your neighbor’s parked car. You make a note of the license number and then go to bed. The next morning, as you leave for work, you find your shocked neighbor standing by his wrecked car.

“Did you see or hear anything last night?” he asks.


“Nothing,” you say. “I swear by the Almighty that I saw nothing at all.”

Lying under oath is a very serious offense. It is a violation of the third commandment. It is unique in its severity insofar as God will not forgive one who takes His Name in vain. In addition, this type of false oath is in a special category all of its own, known as Shevuat Ha’eidut. A person who denies under oath that he has knowledge of evidence crucial to the success of a plaintiff in a monetary claim when he in fact has such knowledge, is guilty of violating the prohibition in Leviticus chapter 5 verse 1, “if he does not testify, he shall bear his guilt.”

The perpetrator of a false Shevuat Ha’eidut is punished by having to bring a special sacrifice known as a korban oleh veyored, a sacrifice whose value is pegged to the financial means of the perpetrator. The wealthier the offender, the more expensive the korban he must bring. Perhaps the point is that if you would rather save a day’s work than the property of others, any profit you earn by such selfish conduct should be contributed to an altruistic cause in the form of a korban.

There are a number of conditions that must be met for a false oath to fall into the category of Shevuat Ha’eidut.

First, the withheld testimony must relate to a claim for money or personal property. A witness who, under oath, withholds testimony in a real estate case or in a personal status case in which, for example, the issue is whether the litigant is or is not a kohen, a priest, has not violated a Shevuat Ha’eidut.

Second, the withheld testimony, like in the hit and run case, must be the sole existing testimony that can lead to a judgment in favor of the plaintiff. If there are other witnesses who can testify to the crucial facts, then swearing ignorance of such facts does not constitute a Shevuat Ha’eidut.

Third, the withheld testimony must be otherwise admissible and not based on hearsay or on the testimony of one witness alone rather than two.

That is not to say that in all of the cases in which these conditions are not met, the violator has not sworn a false oath. He has, but it is a different type of false oath known as a Shevuat Bitui. A Shevuat Bitui is a plain lie under oath. Although it does not have the effect of denying anybody a victory in court, it is no less of a lie for that. The punishment for a Shevuat Bitui, however, is not a korban oleh veyored but, rather, malkot – lashes.

The Shevuat Ha’eidut should not be confused with the oath courts sometimes administer to witnesses before they testify, “To tell the truth, the whole truth and nothing but the truth, so help me God.” This type of oath falls into the category of Shevuat Bitui.

In view of the fact that a Jew is mushba ve’omed mehar Sinai, already duty-bound by the Torah to tell the truth under oath, is there any point in making a person swear that he will tell the truth in court? Or even worse, does this constitute a Shevuat Shav, a redundant oath involving taking God’s name in vain?

Whereas all agree that an oath to encourage a person to fulfill his Torah obligations is not a Shevuat Shav, there is disagreement regarding its usefulness in this case. After all, if a person were going to disregard his Torah obligation to testify truthfully, why would he treat his obligation not to swear falsely with any less contempt?

Accordingly, rather than have the witness swear he will tell the truth, the bet din warns him of the serious consequences he will face if he lies. Nevertheless, based on the opinion of the Rosh, the Rema rules that the bet din does have the discretion to administer such an oath if it believes it will be effective in any given situation 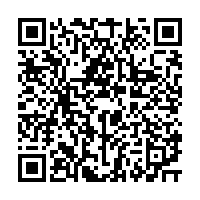