“Questions?” the eloquent bearded lecturer asked his audience rhetorically, eager to continue on to the next subject he had prepared.

The rabbi’s audience consisted of over one hundred officers of different rank and ages in the Israel Defense Forces. The officers were participating in an educational seminar about Jewish life cycle events. They had just completed the chapter on brit milah. The army leaders knew that despite their brilliance in military matters, their paucity in matters of Jewish life and philosophy could hinder their performance and interactions with the soldiers under their command. After all, if the IDF is a Jewish army, the officers should know something about their Judaism.


The lecturer opened his mouth to continue when he noticed an upstretched arm. He also noticed the brass insignia that decorated the senior paratrooper’s wide shoulders.

“I do. Rabbi, may I come up to the podium and tell a story?”

Waves of whispers undulated through the audience. What could Brigadier General Samuel want to speak about in a lecture about Judaism? The respectful young officers quieted down and stared in suspense as he ascended the podium and told them the story of his early years.

Brigadier General Samuel was born in Bucharest, Romania. Years of Communist rule, as well as the Nazi enemy, had erased any connection his parents had had to religious practices. His parents were professionals, enlightened, and secular. When he was born, his one remaining grandfather insisted he have a brit milah, and his parents dutifully obliged. This precious baby boy, born just several years after the Holocaust, was a source of delight to everyone who saw him. He was healthy, robust, intelligent, mischievous – all that his adoring parents could desire.

Then suddenly, at the age of three, he began fainting whenever he heard a loud noise. If a bus honked outside his window, if someone banged on the door, if a large toy dropped on the floor, he would faint. The worried parents kept the windows closed. They carpeted the floors and did whatever they could to prevent noise from intruding into their cherished son’s little ears. They visited the best doctors in Bucharest, who examined him thoroughly, but they could not explain his fainting spells.

His parents wrapped his ears in layers of cotton and traveled with him to Vienna and then on to Berlin to seek out the top doctors there. Despite their extensive precautions, the child fainted several times during the trip. When they arrived, world-famous doctors examined him inside and out, but could not find the reason for his fainting. They had no answer. They had never witnessed such a phenomenon before, and there was nothing they could do for him.

Mrs. Samuel returned home frustrated and dejected. No matter how much she tried to protect her child, unavoidable noise would cause him to faint and lose consciousness. A well-meaning friend who saw her misfortune asked her whether she had gone to the Tzaddik for help.

Mrs. Samuel didn’t even know what the word meant. When her friend explained to her that there was a famous holy rabbi, a Tzaddik who lived in their midst who could perform wonders, she remained skeptical. Her friend persisted and told her that this Tzaddik had personally been the instrument of salvation for members of her own family.

The Tzaddik questioned them in detail about the child’s history and doctors’ reports. He pondered over the information and then asked the parents a single question. Had they performed the mitzvah of pidyon ha-ben for the child? The bewildered parents didn’t understand the question. Patiently, the Tzaddik explained what the mitzvah meant and entailed. He asked them to wait with the baby for the afternoon prayers to begin. Soon, he explained, a quorum of men would arrive, and he would ask one of them who is a kohen to perform the redemption ceremony.

At the end of the ceremony, the Tzaddik blessed the child that he would immediately recover from whatever ailment had afflicted him. From that moment on, the child was cured. Noise ceased to disturb him. He never fainted again.

When Brigadier General Samuel finished speaking, silence permeated the auditorium. No one spoke as they contemplated the fascinating personal story their commander had just recounted. Finally one hopeful voice rang out, “Commander, please, do you think that we, too, could meet him? Who is this Tzaddik?”

Wistfully, the Brigadier General replied, “The holy Admor of Bohosh. He left Bucharest in 1951 and fulfilled his lifelong dream to live in Israel. Every year, on erev Rosh Hashanah my family and I would visit the Tzaddik and receive his blessings for the coming year. Over the years he built a beit knesset, yeshiva, and learning center where his followers and his sons faithfully continue his teachings. But, unfortunately,” he sighed, “the Tzaddik himself is no longer with us.” 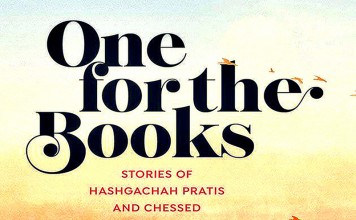 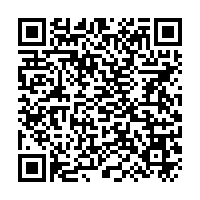