Shira always tries to get to the annual Shmiras Halashon conference in Jerusalem’s Binyanei HaUma. It’s quite enthralling and energizing to be with thousands of other women, all gathered together to try and help bring Moshiach and hasten the building of the third Beis Hamikdosh by being more careful about their speech.

The evening is always honored by the presence of rabbanim, from all over the world, who are renowned speakers. Some of them may have flown in especially for this particular evening and even leave for the airport straight after giving their talk. Their words, ideas and examples give tremendous chizuk and encouragement to everyone and provide plenty of practical ideas on how to dan le’kaf zechus, judge your friends and neighbors favorably even when things don’t look so good, how to avoid speaking loshon horo, how to banish all sinas chinam, baseless hatred, from your hearts . Everyone goes home full of good intentions to improve themselves and their speech and behavior and with practical steps to take to help ensure their success.

But this year, for various reasons, none of Shira’s relatives or friends were able to go with her. One wasn’t well, one had just recently given birth, her daughters were just too exhausted to go out again after a full working day and a large family to take care of. So for the first time in many years she hadn’t bought tickets in advance. She also made a mental note to herself to pick up CD recordings at the end so that she could give them to her married children to listen to at home. Normally she would arrive, meet up with her companions and go straight to their seats. But this time she knew she’d have to stand in line for a while to get a ticket. She hoped her seat wouldn’t be too high up as the osteoarthritis in her knee was playing up and hurting badly and both standing in line for the ticket and climbing stairs to get to her seat were not activities she looked forward to.

As she approached the building she took out her purse and prepared a handful of shekels ready for the many women who were collecting outside. A destitute kallah, a family on the brink of starving, a child in need of very expensive medication or an operation in chutz le’areetz for a life-threatening illness. She tried to give something, however small, to everyone. She knew it wasn’t easy or pleasant to stand around asking for money and so many people were far worse off than she was. She glanced into the box office and saw with dismay just how long the lines were, but now that she was here she was determined to get a seat somehow, wherever it was.

She joined the end of the line and had been standing there for no more than a few minutes when she felt a tap on her shoulder. A woman she had never met before asked her, “How many tickets do you need to buy?”

“Oh good. Well I bought quite a few in advance from one of the women in my neighborhood who was selling them, and not all of my children could come so I have one left. Would you like to buy it from me?”

Before Shira could ask where the seat was the woman continued, “It’s one of the best seats in the hall. It’s in row 7, right at the front.”

Shira couldn’t believe the hashgacha pratis. Not only did she not have to wait in line for her ticket but she also wouldn’t have to climb any stairs. And for the first time ever she would be close enough to be able to see the speakers and not have to rely on the video screen. 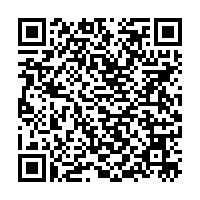