I couldn’t believe it. I woke up on that Shabbos morning feeling like I’d been run over by a truck. I could barely stand up I felt so fluey and I just knew I wouldn’t be able to leave the house.

It wouldn’t have mattered so much if that day wouldn’t have been the bris of our new grandson. My daughter had asked us if we wanted to sleep in the yeshiva where the bris was to be held but I declined as it was only 15 minutes’ walk away and as I had a cold I preferred to sleep in my own bed.


My daughter and son-in-law were fortunate to get the use of the yeshiva as it was Shabbos Hagadol, just before Pesach, and the yeshiva was on bein hazmanim. As my son in law is one of the rebbeim there they were happy to let them use it and even allowed some of their out of the neighbourhood family sleep there.

But, that morning my cold had developed into something far worse and I just knew I wasn’t going to get to the bris.

I felt especially bad because our children had asked my husband and I to be kvatters.

It’s commonly known that being kvatters is an honor given to a childless couple as a segulah for having children. But in our case there was no one at the bris to whom this applied, Baruch Hashem, and so they asked us to accept the honor which we agreed to with pleasure.

But what would my husband do now. They’d have to think of another couple to give it to.

My husband came back home earlier than the others who had stayed at the seudah. He had kindly decided to come and see if he could give me something to eat, but all I wanted was a hot drink.

“Who were the kvatters instead of us?”

He told me that our daughter and son in law hadn’t been prepared to give up on the baby’s zeidy being at least one of the kvatters even if unfortunately his bubby couldn’t make it, so they asked my husband to choose who he wanted to be kvatter with.

My husband suddenly knew who would be perfect. He asked our oldest granddaughter, who was now just entering the shidduch parsha to be kvatter with him as a segulah for finding her besheret.

Some of the family were very surprised, having never heard of such an unusual pairing of people for kvatters, but others had heard of this segulah and had even seen it at other britot.

I was told that being a kvatter is a segulah for all good things and used to be often carried out by grandparents and grandchildren or parents and children as well as engaged couples as a future blessing for children.

What can I tell you? All I know is that several months later we were all zoche to be at the chasunah of that granddaughter and this time I didn’t have the flu and was thrilled to be able to celebrate in this wonderful simcha. 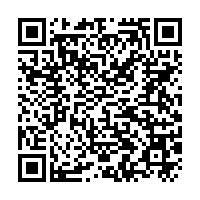