Over 2,000 delegates, diplomats, faculty members, researchers, students, NGO representatives, UN officials, and activists filled the United Nations General Assembly Hall on Wednesday to
speak out against the Boycott, Divestment and Sanction (BDS) movement at the second annual
Build Bridges not Boycotts Summit. The event was organized by Israel’s Permanent Mission to the United Nations under its Ambassador Danny Danon. The ambassador recognized the progress that had been made since last year’s summit.

“Banks around the world are shutting down the accounts of BDS activists. Musicians and artists are standing together against the boycott and coming to perform in Israel. Most importantly, governments and leaders are acknowledging the BDS movement for what it really is – it is pure anti-Semitism,” Danon said, adding, “But there is much work to be done.”

Seventeen states now have anti-BDS laws on the books, South Carolina first among them. The state’s ground breaking legislation was signed into law by then Governor Nikki Haley. Today Ms. Haley is the US Ambassador to the UN and was the keynote speaker at Wednesday’s event.

“We should Boycott North Korea, we should Sanction Iran, and we should Divest from Syria,” Ambassador Haley told the packed General Assembly Hall. “How tragic is it, that of all the countries in the world to condemn for human rights violations, these voices choose to single out Israel,” she said, “the effort to delegitimize the state of Israel being waged on college campuses and the anti-Israel obsession at the UN are one in the same. They both seek to deny Israel’s right to exist. They are both efforts to intimidate her friends and embolden her enemies.  They are both extensions of an ancient hatred.”

Ms. Haley says she’s proud that South Carolina led the nation in taking on the anti-Semitic BDS movement. “Although South Carolina has less than 1% Jewish population, the state offers an “I Stand with Israel” license plate, and cars with Israeli and South Carolina flags can be seen driving up and down the freeway,” she said.

Liz Claman, anchor of the Fox Business Network show “Countdown to the Closing Bell” was
Master of Ceremony at Wednesday’s event. She announced that the current UN has adopted twenty resolutions against Israel and a total of four against all other countries combined. “We’re here today to stand up to the forces of hatred and bigotry,” she said.

Some levity was added to Wednesday’s summit by comedian Ilan Gold. Gold, who describes himself as a “pro-Semite”, suggested that Danon make a business card saying “Israel on top, fruit on the bottom” – a play on the ambassador’s name and the yogurt company. 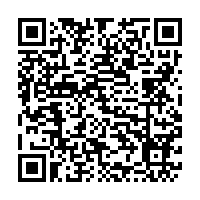