When a situation seems hopeless, I sometimes reflect on the bizarre true story of my iPhone’s adventures with mountain goats, and find the faith I need to keep going.

On the last day of our vacation in Colorado Springs, my husband and I decided to visit the Cheyenne Mountain Zoo. We first visited adorable giraffes who playfully licked our hands. I worked on my budding photography skills using my husband’s camera, and got a great close-up shot of a giraffe chewing his lettuce.

We then took the ski lift to the top of the zoo for an amazing panoramic vista. It felt like we were on top of the world. As we began our descent, I continued to take pictures of the splendid view using the camera. At one point, I turned far to my left to take a picture and felt something shift. I thought I might have dropped something but couldn’t begin to imagine what it could be.

At the bottom, the couple that had sat on the lift behind us asked, “Did you drop a phone?” I reached into my pocket, and was shocked into silence for a few moments.

“Actually, I think I might have,” I stuttered. “Do you have any clue where it went?”

“It fell into the mountain goat pen,” the couple replied.

“Absolutely,” they answered with conviction.

I thanked them for the information and asked the staff to help retrieve the phone. They explained that since the goats could potentially be dangerous, they could not enter the outdoor pen with the goats. Therefore, they planned to entice the goats indoors first and then get my phone.

We walked over to the mountain goat compound to meet the staff. When we got there, my husband used the “find my iPhone” app to ascertain the exact location of the phone. The phone began to beep just on the other side of the rock wall of the pen to our right. It seemed so near, yet was so far.

After a short wait, we were told that the goats were refusing to go inside, and the staff were busy with their regular work tasks. At the end of the day, though, they should be able get it.

We spent the rest of the day touring the amazing zoo. I especially enjoyed snapping pictures of a lazy hippopotamus and of tiny colorful frogs the size of a quarter. We enjoyed our time, but I was really looking forward to closing time so I could get my phone back.

At five minutes to closing, we headed to the visitor center. I introduced myself to the staff member as “the lady who lost her cell phone in the mountain goat pen,” and he nodded knowingly. Unfortunately, he informed me that the goats were being stubborn and did not want to go inside.

“You must be kidding!” I replied emphatically. “I am leaving in the morning back to Milwaukee. How will I manage without my phone, and will I ever get it back again?”

The staff member apologized and said he could not help me. He took my name and address, and said that when they were able to retrieve my phone, they would send it to me.

Frustrated, but with no other options, we left. The next morning, I called as we were leaving to the airport. The receptionist, who was familiar with my story, said that they had not been able to retrieve my phone that morning. She added regretfully that a heavy snow was in the forecast. If the storm came, they would not be able to get my phone until the snow melted. I begged and pleaded, but to no avail.

Truth is stranger than fiction. My phone did indeed get stuck under a foot of snow. At that point everyone said I should give up hope – even if the staff ever got my phone out, what condition would it possibly be in after dropping from a ski lift and being stuck in snow for weeks?

I decided, though, to be optimistic. There was no point in being upset about it, yet I still thought maybe the phone would be okay. My husband and everyone else just nodded their heads knowingly and gave me a sad smile.

It took over two weeks until the snow melted – and the goats finally agreed to go inside – for the zoo staff to retrieve my phone. Almost a month after I left, I received a package in the mail from the Cheyenne Mountain Zoo.

Excited but cautious that the phone might be damaged, I took it out of the box. Of course, the battery was dead after all that time. I plugged it into the charger, and a few minutes later, to my great surprise, the Apple symbol lit up the screen. It was alive!

I still could not imagine that the phone had not been affected by its sojourn among the mountain goats and extreme winter conditions, but as I checked function after function, everything worked perfectly! The only indication of its travels was slight damage on one side of the Otter case where it must have bumped on the ground. It was truly amazing to me and I was so grateful.

This incredible, yet completely true, story of my iPhone’s journey gives me tremendous emunah. As a busy wife and mother, when a very difficult challenge arises, I often find myself beginning to despair. Occasionally, I even feel like I have been “dropped off a ski lift” and “stuck in a foot of snow.” Yet, when I look at my phone, I remember that even in extreme situations, things that seem impossible can be possible. And that gives me the hope and faith that I need to keep doing my part. 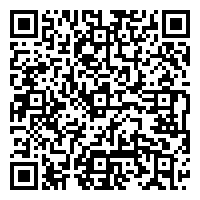