I heard a story, purportedly true. A man who had worked tirelessly for many years in the field of kiruv and had to his credit many ba’alei teshuvah giving him endless reward in the pyramid scheme of mitzvah acquisition, died after suffering for many years from an illness.

Being a tzadik, and having a bit of unfinished business, the Heavenly Court allowed him to visit a good friend in a dream and tell him about some money he still owed, requesting that he return it for him since he wanted to rest in peace.


The friend assured the tzadik he would do it and then said, “But since you’ve come all this way, please tell me, what it’s like on the other side?” The tzadik of course could not tell him much but he did say, “For all my kiruv work and mitzvahs that I did, my biggest reward in the Next World was for the suffering I endured in the last five years of my life.

Now this story poses a few problems for me. Seriously? The reward for all my mitzvahs and chesed is not equal to my suffering? And aren’t we enjoined to be happy? To rejoice? To be grateful and positive and sing and dance with the joy of being a Jew?

But then I thought, wait a minute. For all the good we hopefully do in the world, we often come up lacking; our prayers are distracted, we’re a bit short with the beggar, we sometimes slip with our tongues. Wouldn’t it be nice if there was a way to expunge all our faults and let our mitzvahs shine through? Maybe even that’s what he meant. Not that the suffering necessarily brings the greater reward but that the suffering allows us to receive our reward for our good deeds debt free. Debt as the tzadik himself said can obstruct receipt of our eternal reward. It doesn’t have to be monetary debt.

Also, how many of us are tzadikim who save lives either physically or spiritually? How many of us are true ba’alei chesed or mavens in kiruv. Isn’t it nice to know that there’s a way that everyone merit divine reward? I mean, we all suffer, major suffering, minor suffering – the Talmud defines suffering as reaching into your pocket for a coin and pulling out the wrong one. So imagine the reward for losing a home because an earthquake, suffering the pain of an illness, being in a troubled marriage or having problems with children? No one obviously wishes these things on themselves but if they’re going to come, at least know that you’re going to be rewarded for them.

I wear a pedometer watch. It counts my steps and helps me keep track of how much I’m moving forward quite literally. Maybe suffering is like a Divine pedometer that helps us know that we are cleaning our slates and getting reward.

Disclaimer: Don’t actually say this to anybody when they’re suffering. No one wants to hear it. And maybe you don’t want to hear it either. People want happiness. People don’t want to lie in hospitals, or sit in prisons or lounge on the couch in tears emanating from a broken heart.

We each do these things each at our own level of sorrow and difficulty. But did you ever notice that the great rabbis of our history, who petitioned us to be always happy, suffered unbelievable strife and challenges in their lives? They taught that you can also be happy while being miserable.

And we are all blessed! When I get aggravated at the bank or National Insurance or the health fund, I have to remember that these sometimes aggravating institutions are in the Land of Israel. What Moshe Rabbeinu would not have given to be unemployed in Israel (He actually would have been come to think of it). And Israel has socialized medicine!

We are all blessed and we are also blessed with suffering. Suffering usually means that we have loved, that we have lived and that we have tried. And all of us, whoever we are, get rewarded for the incumbent pain that suffering brings. And in retrospect, after we have survived the suffering, or after we have left this world and get a bigger picture of what our lives and losses have meant, we will be aching to come back and tell our friends that suffering is, like everything for the good; that we shouldn’t fight it; even the suffering that doesn’t lead to a momentous medical discovery, a new law, or a windfall of money. Sometimes, it just leads to greater perspective and humility, which in and of itself is a great thing.

It’s kind of hard to understand Divine reckoning. Or why we have to endure so much. The best we can do is rejoice in what we do have and know that our challenges, our tragedies as much as our triumphs, have meaning and reward every step of the way. 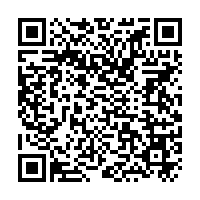