Moshe Arens, Israel’s defense minister at the time of the 1991 Gulf War, wanted to launch a ground operation against Iraqi missile launchers firing missiles at Tel Aviv, but ran into strong opposition from then-IDF Chief of Staff Dan Shomron, according to recordings from IDF archives released Thursday on the 26th anniversary of the war.

After American forces invaded Iraq in January 1991, Iraqi leader Saddam Hussein fired a total of 39 modified Soviet ‘Scud’ missiles at Israel in the hope the Jewish State would respond to the provocation by striking back at a Iraq. He reasoned the move would deter Arab states from aligning with the coalition headed by the United States, as they would not want to be perceived as fighting alongside Israel.

The casualties also included several cases of suffocation caused by the gas masks distributed prior to the war. Israel was concerned that Hussein would arm his missiles with nerve gas, as he has done in Kurdistan a few years prior. As a result, gas masks were distributed to all citizens, and some even preemptively injected themselves with antidotes when they heard of the attacks.

The fears of a chemical attack proved in the end to be unfounded, but missiles landing in Tel Aviv was an unprecedented development and one that led to serious disagreements between Shomron and Arens over how to respond.

The footage from the IDF archives released Thursday sheds light on those disagreements with interviews with both Shomron and Arens where they shared their accounts of what went on behind the scenes during the five and a half dramatic weeks of the Gulf War.

“We had indications [that Israel would be attacked],” Arens is heard saying in the footage. Before the war broke out, White House Chief of Staff James Baker met with the Iraqi Foreign Minister Tariq Aziz in Geneva, in order to demand that Saddam Hussein withdraw all Iraqi troops from Kuwait. If not, America would have to intervene. According to Arens, Aziz was asked by Baker if, in the event that a war ensues, would Israel be attacked by Iraq, to which Aziz reportedly responded “Absolutely”.

As a result, America asked that Israel refrain from any pre-emptive strikes, as the negotiations to prevent the war were still taking place.

“[The Americans] told us ‘We’ll handle [Saddam’s] rocket launchers, and that threat will be lifted within 48 hours,’ said Arens, adding that the United States had promised to allow Israel to act in the event if their efforts to stop the missiles were unsuccessful.

The United States did not want Israel to play an active role in the conflict, as they shared Hussein’s view that intervention by the Jewish State would deter the Arab coalition members from joining the approaching war effort.

“We didn’t know for sure if it would happen until it happened” – Arens.

Five hours after the first American bombs landed on Baghdad, Iraq’s state radio broadcast a voice identified as Saddam Hussein declaring that “The great duel, the mother of all battles has begun. The dawn of victory nears as this great showdown begins.” The next day, Hussein launched his first Scud attack on Tel Aviv.

“The missiles began to land, and continued to explode, and throughout the entire war [the Americans] were unsuccessful in hitting the launch sites,” said Arens. “Our intuitive reaction was that we have to respond. How do we respond? [With our] Air Force.”

Arens explained that the main obstacle to an Israeli response was the U.S. Air Force which was constantly operating in the area, a fact that made an uncoordinated attack impossible.

“I spoke to [Defense Secretary Dick] Cheney everyday. I told him I want to coordinate an attack, and he kept pushing it off,” Arens is heard saying.

The second reason to refrain from attacking, according to Arens, was the sheer scale of the destruction caused by the coalition forces in Iraq, which would dwarf any possible Israeli response: “What could we do aside from putting a Star of David on our bombs? How would [the Iraqis] even know it was us? That’s ineffective,” he said.

“Within two weeks, it was clear to me that the Americans did not have the ability to stop the rockets,” Arens says in the recordings as he goes on to explain that Israel’s top priority was not retaliation, but prevention. The rockets that had landed so far did not contain chemical warheads, but the assumption was always that the next rocket just might.

Arens and Shomron agreed that the IDF Chief of Staff would present a possible ground operation, where Israeli special forces would be airdropped into Western Iraq in order to locate and take out Hussein’s rocket launchers.

Shomron compiled a plan, and certain units even began training for the mission. However, when Shomron presented the plan to Israeli Prime Minister Yitzhak Shamir, he told Shamir that his recommendation was not to carry it out.

Shomron explained the reasoning for his recommendation in the tapes released today.

“[Moshe] Arens wanted to do something; He kept asking us to present small-scale operations, and I kept advising against them,” the late Shomron said. “It was clear to everyone why we were not attacking, and it was seen as the [smart choice]. That’s maintaining deterrence. But when you carry out a small-scale operation, they’ll say ‘that’s all they can do’ – THAT is a the loss of deterrence.”

Despite Shomron’s recommendations, Arens maintained that it was necessary to push forward with the ground operation. In order to coordinate the move with the Americans, Arens traveled to Washington DC with then-deputy Chief of Staff Ehud Barak for a secret meeting with President HW Bush to present the ground mission to the Americans.

“I told Bush, ‘Look, you guys aren’t succeeding, you didn’t intercept a single missile, and the next one could be chemical,” Arens told the Americans. “We can’t wait any longer. We’re asking your permission to act.”

Following the meeting with Bush, Arens and Barak met with Cheney and the Chairman of the Joint Chiefs of Staff, Colin Powell. Arens was unsuccessful in getting their blessing for the operation, but he did manage to coax a response which was not an unequivocal “no.”

Arens returned to Israel under the impression that a ground operation was possible. At this point of the war, he thought it was unlikely the coalition would crumble, as they had already achieved most of their objectives.

However, it was Israeli Prime Minister Yitzhak Shamir who was hesitant to give the operation a green light. During the war, Shamir and President Bush held daily phone calls in which the U.S. President urged his Israeli counterpart to exercise restraint.

“Shamir was under the misguided impression that he was building good faith with the Americans, that if he refrained from acting in Iraq, that America would remember this and side with him on future issues such as the Palestinians and Judea and Samaria. He kept dragging his feet,” Arens said.

On February 28th, before Israel carried out any kind of strike, President Bush announced that Kuwait had been liberated and declared a cease-fire. The war was over.

Israeli citizens flooded onto the streets, joyfully tossing their gas masks into the air. The war’s ending fell on the same day as the Jewish holiday of Purim – a holiday which celebrates the prevention of the near-annihilation of the Jewish people – a coincidence that gave the holiday and its festivities extra meaning that year. 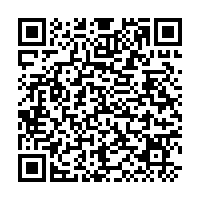