Summer, with its ups and downs, is here in full swing. With my family and I spending much time in our upstate home, summer has benefits (family time, swimming, vacations, etc.) along with concerns.

The children go to day camp, some family members come for Shabbos, and others stay all week. The grandchildren play outdoors a lot, with possible dangers part of the deal.


Recently, my seven-year-old granddaughter, who spends a lot of time outdoors and barely comes inside to eat, had an interesting experience. She came home one day and said to her mother, “Ma, I have a bump on my head.” My daughter, touching the area and not seeing and feeling anything unusual, decided it must be a mosquito bite.

We thought all was well since she didn’t mention it again for a few days. But when she did mention it again, she was back in the city – which was helpful. My daughter looked under my granddaughter’s hair and discovered a big bump, bigger than the previous time she looked. As she terrifyingly looked closer, she saw what appeared to be a giant bug in her scalp. It looked like a spider was attacking her skull, and was making a home there.

Needless to say, two frightened parents rushed her to a hospital (better than an upstate one) in order to deal with this seeming creature. It was found to be a giant deer tick living in her head – with its claws in her scalp. The doctors had a hard time getting it out but, Baruch Hashem, they got the job done – with much screaming by my granddaughter and crying by my daughter. After it’s removal, the doctors sent the bug for testing and gave my granddaughter the appropriate antibiotics.

Like a cloud, Hashem is always watching over and carrying us. It seems that my granddaughter was on antibiotics for strep at the time she was bitten. (Interestingly, she was taking a different dosage of the same antibiotic.) The doctors felt that this might have been helpful in order to avoid Lyme disease, since she thankfully displayed no symptoms of that.

In this hair-raising experience, hashgachah pratis saved the day. 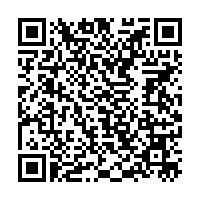