During the sincerest of tefillos on the sincerest of days of the year we all say that it is decided on Rosh Hashanah and sealed on Yom Kippur who will live and who will die… who by plague?! It has been many many years since the world population has been plagued by a pandemic, and many of us could not have fathomed the predicament that we all find ourselves in currently. The question we all say in that tefilla, who by plague, has never taken on such realistic meaning in our lifetimes.

There are a few new realities that we are all experiencing through these troubling times. Tragically, there have been many casualties already Rachmana litzlan! And there are many cholim who need much rachamim. Those who have only experienced mild symptoms, and those who are fortunate to be feeling well have had a total transformation from normal life. Everyone is basically spending their days at home, and shopping, school, and work have all drastically changed suddenly.

Many people want to know why? We all believe that Hashem runs the world, and therefore, we also believe that He is the one orchestrating the current situation, so, what does Hashem want from us?

It is clear that this is a gezeira from Hashem. It is similar to galus where we were thrown out of our homeland. Today we have all been thrown out of our shuls, yeshivos, and batei midrashim. We have been thrown out of every aspect of our normal daily lives. Where we previously could simply jump on a plane and visit Eretz Yisrael, and show up by the kotel, now we no longer can enjoy that privilege; perhaps we didn’t appreciate it as much as we should have. Indeed, we have been sent into galus again. A galus within a galus. The question everyone should be wondering is, why have we been sent this punishment?

Needless to say, on an individual level each person knows what areas they should improve, however this current gezeira is definitely on the tzibur at large as well, and there is certainly a communal message as well. The Chafetz Chaim wrote an important message in Ma’amar Tzipisa Liyeshua, perek 3. He quotes a Pesikta in Ma’amar Gili that says that Hashem says, “It is not good what you are doing, that you love my Torah, but you are not awaiting my malchus.” We see, says the Chafetz Chaim, that even from those who love the Torah, Hashem expects them to be awaiting the yeshuah. Are we really yearning for the geula? Do we daven for it like we daven for other things we feel we need? We are indeed a generation that loves the Torah, but are we really waiting for Hashem to reveal His malchus?

In Shmuel Beis (24:1) the pasuk says that Hashem was angry again at Klal Yisrael. Rashi there says that he does not know why this anger was provoked. The Ramban in Parshas Korach (16:22) writes that he could explain why it occurred. He writes that it was a punishment for Klal Yisrael for prolonging the building of the Bais Hamikdash. At that time, the Aron was moving from place to place like a ger in the land and no one thought to say, “We should be doresh Hashem and build for Him a Bais Hamikdash for his name,” until Dovid Hamelech began the plan which his son Shlomo brought to fruition. Says the Ramban, “If Klal Yisrael would have wanted this earlier, the Bais Hamikdash would have been built earlier, and there would not have been anger against them and they would not have suffered those tzaros.”

We are in the same situation. We are in Eretz Yisrael before the building of the Bais Hamikdash. Why are we repeating the same mistake three thousand years later? It is clear that Hashem is trying to reveal His malchus; the only thing that we have to do is to be mevakesh it. As the Yalkut Shimoni (Shmuel 1:106) says in the name of Rabi Shimon ben Minasya, Yisrael will only see the geula when they are mevakesh all three things (malchus Shamayim, malchus bais Dovid, and the Bais Hamikdash). The Chafetz Chaim also quotes a Yalkut Shimoni in the Pesicha to Eichah that says that Hashem says, “There will be a generation that will be mitzapeh for My malchus and they will immediately be redeemed.” Perhaps this is the cause of the harsh gezeira that has been placed on us now. And it is definitely the avoda that we should be doing at this time regardless. What does mevakesh mean? It has several components. First, we must all do our personal teshuvah and fix the areas where each person needs improvement, which we all know will help bring the geula. Second, it means actually wanting, desiring, and yearning for the geula and for Hashem’s malchus to become revealed to the world. This must be done on a personal level and on a communal level as well. People should actually verbalize their desire for the geula, which will help internalize their longing.

We have been thrown out of our shuls, yeshivos and batei medrashos. What is the purpose of those institutions? It is to bring us closer to Hashem. Have they been working? Do we feel that we are so close to Hashem, that it bothers us that He doesn’t have a home? Is it not peculiar that in this terrible gezeira many families will not be spending Pesach together? Is it that Hashem doesn’t want us to fulfill the mitzvah of v’heigadita l’bincha – tell it over to your children? Is it interesting that many families are not spending simchos together? As the Ramban said, if we are not concerned that Hashem does not have a house, he will become angry, and remind us that we should be concerned that He does not have a house. He will not allow us to be with our extended families. He will confine us to our homes and maybe we will get the message, it has to do with a house, His house! He wants to reveal His malchus, and just wants us to wake up and realize how much we need it and beg Him to return it.

A recent headline caught my attention. It read, “Al-Asqsa Mosque Closed!” Yes, Hashem also closed the masque on Har Habayis! Can the message get any clearer? Our King wants to

build His house on His Har Habayis, and he wants his subjects to desire it and beseech Him to do it. This is what is needed to bring the geulah and the sooner we realize it and begin to yearn for it the sooner it will come! 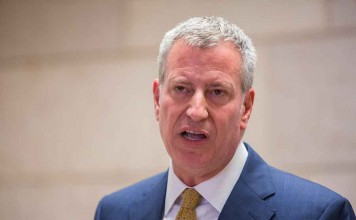 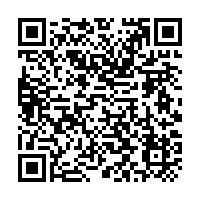