As we begin the summer months, the following portion of a sicha (talk) the Rebbe gave on Shabbos Parshas Teruma in 5741 (1981) is especially relevant:

“Regarding the coming summer, special emphasis must be placed on the idea of modesty. In winter, people clothe themselves fully as protection against the elements; and modesty in dress does not present such a great problem. But in summer, the severity of the matter is greatly increased.

“Modesty in dress does not apply only to women but also to men. A certain person spent his summer in a bungalow colony, and there wore only shorts (or trunks – literally clothes that cover only “from the loins to the thighs”). Apparently he did not know that modesty in dress also applies to men. I was sent a picture of such a person. It is bad enough that he wore such a brief outfit, against the laws of modesty. But why was it necessary for him to publicize it by taking a picture?

“That person, understandably, was not dressed like that when women were present, for in such a situation he would certainly dress modestly. And certainly not in front of his wife – she would not stand for it! But outside the house, in the open, (again, in a place where no women were) he wore only shorts, through sheer ignorance of the Halacha.

“While modesty in men’s dress must occasionally be referred to, the main issue we wish to remind people of is adherence to modest dress among women, especially during the summer. There have been recent developments which make it easier for women to conform to this Halacha. The new President of the United States has made known his desire that women (who work in government offices) should wear dresses, and not pants, making it easier for women to adhere to the Halacha.

“Some Rabbis, in the mistaken belief that being lenient in such matters will encourage people to come closer to authentic Judaism, allow women to wear pants in their synagogues. When I remonstrated with such a rabbi concerning this, he answered that while he agreed with my arguments, he doubted whether the women in his synagogue would. And, he continued, we must reckon whether the gain incurred in this matter might not be nullified by the losses that could thereby be incurred in attracting people to Judaism. The answer is obvious. It is not his loss, and not his gains to be considered here! Torah has stated the Halacha, and it is our duty to deliver its message uncompromisingly – for from non-Jewish attitudes and deeds, nothing truly Jewish can eventuate.

“As for his complaint that it is difficult to influence people in this matter, rest assured that he is in good company. Moshe Rabbeinu himself, when confronted with misdeeds performed by the Jews, said to G‑d “they are almost ready to kill me.” Likewise, before Matan Torah, in Egypt, Moshe said about the Jews “they will not believe me.” To these complaints, G‑d answered him: How can you suspect Jews of such things? They are “believers, the children of believers.”

‘So too in our case. When we tell women that they must dress modestly, in a manner that shows that we ourselves truly believe what we are saying, then “words that come from the heart enter the heart.”

“Just as this matter applies to adults, so too it is relevant to children – Tzivos Hashem. As discussed above, a soldier must always act as a soldier; and he or she is recognized as one through their dress. Children must always be recognizable as soldiers in the “Army of Hashem” through their dress: Boys by wearing tzitzis; and girls by dressing modestly. Tzitzis and modest dress are bound up with one another; for just as modesty in dress stems from the fact that “I have set Hashem always before me,” so too tzitzis remind one of G-d – ‘And you shall look upon them (tzitzis) and remember all the commandments of Hashem.’” 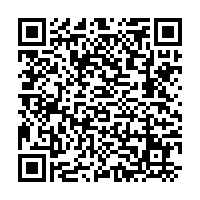