In our previous article, we began exploring the concept of Eden, Nahar, and Gan. To review, the Torah begins by describing the creation of the physical world, culminating with the creation of man. Hashem placed Adam in Gan Eden, and the Torah then mentions that the Nahar flowed from Eden toward the Gan to water and nourish it (Bereishis 2:10). This pasuk has layers of meaning behind it. Simply, the river flowing between Eden and the Gan alludes to the relationship between Olam Hazeh and Olam Haba. The Gan refers to Olam Hazeh, a place to work, build, and plant eternal seeds. “Eden” literally means enjoyment, and thus refers to Olam Haba, which is the euphoric place where we enjoy everything we built during our lifetime. The flowing waters of the Nahar represent a continuous process, a connection between these two realms. The physical world receives its continued existence from a higher dimension (the water from Eden), while our ultimate experience in Eden is dependent on what we build in the Gan.

The neshama is the most transcendent part of the soul (Aside from chaya and yechida, which requires a more extensive discussion), corresponding to higher-level thought, intellect, and Torah wisdom. The neshama is deeply connected to the spark of inspiration and one’s personal potential, as it represents one’s higher self. The neshama partially resides within the head, but it mostly transcends the physical body.

Ruach, which also means “wind,” is associated with movement and process. It is the part of the soul that translates thought into speech and action; it corresponds to one’s emotions and inner experience of life. (While the ruach resides somewhere between the neshama and the nefesh, it is sometimes referred to as residing within the heart or the breath of one’s lungs.)

The nefesh is the lowest part of the soul, the part most strongly identified with and connected to the physical body. The pasuk states, “ha’dam hu ha’nefesh” (Devarim 12:23), that the nefesh is located in the blood itself. It is associated with one’s physical drives and actions.

How to Create the Flow of Oneg

The goal is for these three parts of the soul to work together within a framework that achieves oneg, enabling one to live a life of truth.

The neshama must be used to connect with Hashem and your higher self, to “Eden,” by tapping into the highest level of thoughts and ideas.

The ruach receives and processes these thoughts and inspiration, allowing you to experience these ideas internally, “watering” your very being with them.

Finally, these thoughts and ideals must become expressed by the nefesh through actual words and actions, resulting in a garden full of Torah and mitzvos.

The Eden has flown through the Nahar and nourished the Gan with nutrients of higher truth, and the Gan has now grown to reflect the original seeds of Eden. This was Adam’s role: “L’ovdah u’l’shomra – to work and guard the Gan” (Bereishis 2:15), and this is our task as well. We must connect to a higher dimension of reality through learning Torah and performing mitzvos, ensuring that the Gan – our physical world – fully reflects Eden.

In order to achieve this ideal flow, one must perfect all three stages of the process. You must first connect to Eden, which requires going beyond the surface of reality and connecting to the transcendent – to Hashem and His Torah, to the spiritual root of the physical world. Next, you must convert the ideas into action by filtering those truths into your life and infusing your essence with Torah wisdom until you ultimately become Torah. This requires a long and steady process of commitment to truth, negation of ego, patience, and perseverance. Finally, at this point, you are able to express Torah truth into this world by sharing Torah ideas, performing mitzvos, and becoming a living embodiment and reflection of Torah truth.

This process is quite challenging to implement. The prime challenge is becoming a vessel that has “space” to receive the river’s flow – the flow from the neshama, from the infinite. A river flows unceasingly; one must only channel its flow and create space for the water. The problem arises when a flowing river has nowhere to run through.

The same is true for receiving ideas and adopting ideals. To think clearly and powerfully requires immense concentration. Concentration, however, is not “strong thinking”; it requires only that you block out all outside noise in order to allow your thoughts to flow properly. To think powerfully, to receive the flow from the neshama, you must create a “makom” in your mind to receive the flow of ideas. Only then can you build something beautiful.

The same is true for the entirety of our connection with Hashem. To connect with the infinite is easy; Hashem is constantly flowing into this world. The hard part is making space within our minds and hearts to receive Hashem’s flow. Hashem can only enter inasmuch as we allow Him to. (The Kotzker Rebbe famously said, “Hashem is wherever we let Him in.”) (1) This is the meaning of the phrase: “B’levavi mishkan evneh – Within my heart, I will build a mishkan for Hashem.” (This phrase was composed by Rav Elazar Ezkari, who lived in Tzfas in the sixteenth century. Rav Yitzchak Hutner popularized it during his lifetime.) We must transform ourselves and our lives into a vessel that connects us to Hashem, receives His light, and projects it into this world. We thereby connect the physical to the spiritual, the finite to the infinite, the limited to the transcendent. The Sefas Emes explains that this is why Avraham was the only one who heard Hashem declare the life changing words “lech lecha.” If there is a music station on the radio, anyone can listen to it as long as they tune in to the right frequency. Hashem was declaring these words for everyone to hear, but only Avraham had his mind and heart open to receive the message; only Avraham was tapped into the proper spiritual frequency. Consequently, it was only Avraham who heard. However, this wasn’t simply a one-time event; Hashem is speaking to all of us, constantly; we need only open up our minds and listen. (See Devarim 5:19 and Rashi there.)

This deep idea is illustrated in the famous story in Neviim of Elisha’s visit with Ovadiah’s destitute widow, a woman who was struggling with poverty (Melachim II, chap. 4). Elisha instructed her to gather as many vessels as she could find so that she could pour oil into them. Miraculously, as long as there was room in the vessels, the oil kept flowing into them; but as soon as she ran out of vessels, the oil stopped flowing. This oil was a beracha from Hashem; it therefore flowed from an infinite source and would continue to flow as long as there was a vessel to receive it. The same is true regarding all beracha and shefa from Hashem. Hashem flows into the space that we make for Him in our lives.

This is the meaning behind the well-known term “Gan Eden.” Gan Eden refers to the place where you enjoy everything you have built during your lifetime. Throughout our life, we plant seeds in our personal garden (Gan) of growth, and we water those seeds with the water (Nahar) that we channel into this garden. Our ultimate oneg in Olam Haba will be experiencing everything we accomplished during our lifetime – all the Eden that we brought into the Gan. Gan Eden is the garden you cultivated from the waters of Eden, the spiritual greatness you expressed into this world, and the potential you actualized. On Shabbos, we get a taste of that endpoint and destination; on Shabbos we experience a taste of true oneg, a taste of Olam Haba (Berachos 57b). In our next article, we will delve deeper into this fascinating topic and try to understand it on an ever more profound level.

The space we create for each other is specifically a circle, as this shape is unique in that every point on the circumference of a circle is equidistant from the center. When placing a circle around each other, each spouse expresses their commitment to keep their spouse at the very center of their lives and at the epicenter of their consciousness. 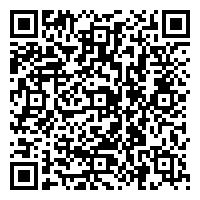