The Mishnah in Rosh Hashanah 16a says that on Rosh Hashanah every single human being is judged before Hashem. The Gemara there explains that Hashem has given us the key of how to receive a more favorable judgment in din. The Gemara says that we should recite malchiyos, shofros and zichronos. Malchiyos in order to accept Hashem’s malchus upon ourselves, zichronos in order to bring our favorable memory in front of Hashem, and with what? With the shofar.

The yesod of Rosh Hashanah is malchus. At Shachris the chazan begins with the word “Hamelech” in a tone of trepidation. What must be understood, is how does the recitation of pesukim of malchus, coupled with zichronos, and elevated with the blasts of the shofar, help us be mamlich Hashem?


The pasuk says, “Ki l’Hashem hameluchah u’moshel bagoyim… v’hayah Hashem l’melech.” The Vilna Gaon (Siddur HaGra) asks why does the pasuk say that Hashem will be the melech, isn’t He the melech now? The Vilna Gaon explains the two leshonos in the pasuk as follows: a melech is someone whose people have willingly accepted Him. Hashem currently rules over the Bnei Yisrael as a melech, for we have willingly accepted His malchus. However Hashem is only a moshel – ruler – over the goyim, who have not yet willingly accepted His malchus. The pasuk continues that one day when the world learns of Hashem, He will be the melech over all people as they will all accept His malchus willfully.

In order to properly be mekabel the malchus of Hashem we must recite and think about the pesukim that discuss His malchus. As the pasuk says “Vi’yadata hayom v’hashevosa el levavecha ki Hashem who Haelokim … ein od.” It is not sufficient to merely know the fact that Hashem is the melech, but rather we must feel it in our hearts. To accomplish this we blow the shofar as well.

The Siyach Yitzchak, in his pirush on the Siddur HaGra in the section of Shofros of the Rosh Hashanah davening, explains that the shofar is the revelation of the kavod malchus of Hashem, as the pasuk says, “Bachatzotzros v’kol shofar hareiu lifnei hamelech” (Tehillim 98:6). The famous Rambam in hilchos Teshuvah says that there is a remez hidden in the shofar blast, and that is to wake up those who find themselves in a slumber and comas of pursuing the hevlei zman of everyday life. The shofar blast is intended to wake them up and remember their Creator. The shofar can allow us to understand that Hashem is our melech.

The Mashgiach, Harav Matisyahu Salomon shlit”a, was asked why often one does not feel a stronger sense of malchus after reciting the pesukim of malchus on Rosh Hashanah and hearing the shofar blasts. He responded that one cannot simply begin on Rosh Hashanah and expect to acquire a sense of malchus by reciting these pesukim for the first time since last year. It requires preparation. It requires us to learn the pesukim before davening. It also requires an Elul and learning mussar.

In Daas Chachmah U’mussar (II 28 Mamar Omek Hagalus) Harav Yeruchem Levovitz, the Mirrer Mashgiach, quotes the Ramchal in Daas Tevunos that the tachlis of this world is for us to come to the realization that Hashem who Haelokim bashamayim mima’al val ha’aretz mitachas ein od (Devarim 4:39). To reach this madreiga we must analyze things that happen in our world. If we would probe world events with the correct perspective, we would see how Hashem is the melech over the entire world.

In galus Hashem “hides His tracks,” He does not make it that obvious that He is running every aspect of the world. He operates from behind the scenes. He places many nisyonos of kochi vi’otzem yadi in this world that we can stumble and place our trust in. However before the geula, Hashem will dissemble these “kochos” or puppets, in order for us to realize who was pulling all the strings.

Our preparation to Rosh Hashanah and to accepting malchus Hashem is by scrutinizing world events with the correct frame of mind. If we would see these events properly we would realize that the only one who can save us from our grave predicament, is Hashem.

The fulfillment of our tefillos on Rosh Hashanah is about to take place. Let us daven with all of our hearts that our melech should come and save us from this danger.

By speaking about current events in the correct perspective we can be meishiv el halev that Hashem is the melech and his malchus is unfolding in front of our eyes. Then reciting the pesukim of malchus and hearing the shofar blasts will have a great effect on us. We will then be able to be mekabel His malchus, which will lead to Hashem revealing His malchus to the entire world. May we be zocheh to witness this in the coming year, amen. 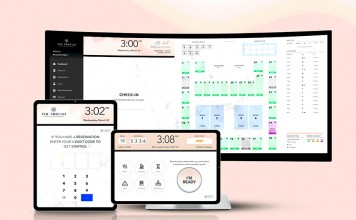