It is a moment of the very highest drama. The Israelites, a mere forty days after the greatest revelation in history, have made an idol: a Golden Calf. G-d threatens to destroy them. Moses, exemplifying to the fullest degree the character of Israel as one who “wrestles with G-d and man,” confronts both in turn. To G-d, he prays for mercy for the people. Coming down the mountain and facing Israel, he smashes the tablets, symbol of the covenant. He grinds the calf to dust, mixes it with water, and makes the Israelites drink it. He commands the Levites to punish the wrongdoers. Then he re-ascends the mountain in a prolonged attempt to repair the shattered relationship between G-d and the people.

G-d accepts his request and tells Moses to carve two new tablets of stone. At this point, however, Moses makes a strange appeal:

And Moses hurried and knelt to the ground and bowed, and he said, “If I have found favor in Your eyes, my Lord, may my Lord go among us, because [ki] it is a stiff-necked people, and forgive our wickedness and our sin, and take us as Your inheritance.” (Ex. 34:8–9)

The difficulty in the verse is self-evident. Moses cites as a reason for G-d remaining with the Israelites the very attribute that G-d had previously given for wishing to abandon them:

“I have seen these people,” the L-rd said to Moses, “and they are a stiff-necked people. Now leave Me alone so that My anger may burn against them and that I may destroy them. Then I will make you into a great nation.” (Ex. 32:9)

How can Moses invoke the people’s obstinacy as the very reason for G-d to maintain His presence among them? What is the meaning of Moses’ “because” – “may my Lord go among us, because it is a stiff- necked people”?

The commentators offer a variety of interpretations. Rashi reads the word ki as “if ” – “If they are stiff-necked, then forgive them.” Ibn Ezra and Chizkuni read it as “although” or “despite the fact that” (af al pi). Alternatively, suggests Ibn Ezra, the verse might be read, “[I admit that] it is a stiff-necked people – therefore forgive our wickedness and our sin, and take us as Your inheritance.” These are straightforward readings, though they assign to the word ki a meaning it does not normally have.

There is, however, another and far more striking line of interpretation that can be traced across the centuries. In the twentieth century it was given expression by Rabbi Yitzchak Nissenbaum. The argument he attributed to Moses was this:

Almighty G-d, look upon this people with favor, because what is now their greatest vice will one day be their most heroic virtue. They are indeed an obstinate people…But just as now they are stiff-necked in their disobedience, so one day they will be equally stiff-necked in their loyalty. Nations will call on them to assimilate, but they will refuse. Mightier religions will urge them to convert, but they will resist. They will suffer humiliation, persecution, even torture and death because of the name they bear and the faith they profess, but they will stay true to the covenant their ancestors made with You. They will go to their deaths saying Ani ma’amin, “I believe.” This is a people awesome in its obstinacy – and though now it is their failing, there will be times far into the future when it will be their noblest strength. (This is my paraphrase of the commentary cited in the name of R. Yitzchak Nissenbaum in Aaron Yaakov Greenberg, ed., Itturei Torah, Shemot (Tel Aviv, 1976), 269–70.)

The fact that Rabbi Nissenbaum lived and died in the Warsaw ghetto gives added poignancy to his words.

Many centuries earlier, a Midrash made essentially the same point:

There are three things which are undaunted: the dog among beasts, the rooster among birds, and Israel among the nations. R. Isaac ben Redifa said in the name of R. Ami: You might think that this is a negative attribute, but in fact it is praiseworthy, for it means: “Either be a Jew or prepare to be hanged.”

Jews were stiff-necked, says Rabbi Ami, in the sense that they were ready to die for their faith. As Ralbag explained in the fourteenth century, a stubborn people may be slow to acquire a faith, but once they have done so they never relinquish it.

We catch a glimpse of this extraordinary obstinacy in an episode narrated by Josephus, one of the first recorded incidents of mass non-violent civil disobedience. It took place during the reign of the Roman emperor Caligula (37–41 CE). He had proposed placing a statue of himself in the precincts of the Temple in Jerusalem, and had sent the military leader Petronius to carry out the task, if necessary by force. This is how Josephus describes the encounter between Petronius and the Jewish population at Ptolemais (Acre):

There came ten thousand Jews to Petronius at Ptolemais to offer their petitions to him that he would not compel them to violate the law of their forefathers. “But if,” they said, “you are wholly resolved to bring the statue and install it, then you must first kill us, and then do what you have resolved on. For while we are alive we cannot permit such things as are forbidden by our law…”

Then Petronius came to them (at Tiberius): “Will you then make war with Caesar, regardless of his great preparations for war and your own weakness?” They replied, “We will not by any means make war with Caesar, but we will die before we see our laws transgressed.” Then they threw themselves down on their faces and stretched out their throats and said that they were ready to be slain…Thus they continued firm in their resolution and proposed themselves to die willingly rather than see the statue dedicated.”

Faced with such heroic defiance on so large a scale, Petronius gave way and wrote to Caligula urging him, in Josephus’ words, “not to drive so many ten thousand of these men to distraction; that if he were to slay these men, he would be publicly cursed for all future ages.”

Nor was this a unique episode. The rabbinic literature, together with the chronicles of the Middle Ages, are full of stories of martyrdom, of Jews willing to die rather than convert. Indeed the very concept of kiddush Hashem came to be associated in the halachic literature with the willingness “to die rather than transgress.”

The rabbinic conclave at Lod (Lydda) in the second century CE, which laid down the laws of martyrdom (including the three sins about which it was said that “one must die rather than transgress”) may have been an attempt to limit, rather than encourage, the phenomenon. Of these many episodes, one stands out for its theological audacity. It was recorded by the Jewish historian Shlomo ibn Verga (fifteenth to sixteenth centuries) and concerns the Spanish expulsion:

One of the boats was infested with the plague, and the captain of the boat put the passengers ashore at some uninhabited place…There was one Jew among them who struggled on afoot together with his wife and two children. The wife grew faint and died… The husband carried his children along until both he and they fainted from hunger. When he regained consciousness, he found that his two children had died.

In great grief he rose to his feet and said: “O Lord of all the universe, You are doing a great deal that I might even desert my faith. But know You of a certainty that – even against the will of heaven – a Jew I am and a Jew I shall remain. And neither that which You have brought upon me nor that which You may yet bring upon me will be of any avail.”

One is awestruck by such faith – such obstinate faith. 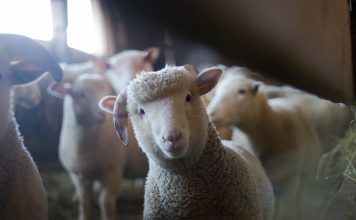 Pandemic Prompts Divine Thoughts Of Postponing Passover Till After Sukkot