The revelation at Mount Sinai – the central episode not only of the parsha of Yitro, but of Judaism as a whole – was unique in the religious history of mankind. Other faiths (Christianity and Islam) call themselves religions of revelation, but in both cases the revelation of which they spoke was to an individual (“the son of God,” “the prophet of God”). Only in Judaism was God’s self-disclosure not to an individual (a prophet) or a group (the elders) but to an entire nation, young and old, men, women and children, the righteous and not-yet-righteous alike. From the very outset, the people of Israel knew something unprecedented had happened at Sinai. Moses had no doubt that it was an event without parallel:

“Ask now about the former days, long before your time, from the day God created man on earth; ask from one end of the heavens to the other. Has anything so great as this ever happened, or has anything like it ever been heard of? Has any other people heard the voice of God speaking out of fire, as you have, and lived?” (Deut. 4:32–33).

For the great Jewish thinkers of the Middle Ages, its significance was primarily epistemological. It created certainty and removed doubt. The authenticity of a revelation experienced by one person could be questioned. One witnessed by millions could not. God disclosed His presence in public to remove any possible suspicion that the presence felt, and the voice heard, were not genuine.

Looking at the history of mankind since those days, it is clear that there was another significance also – one that had to do not with religious knowledge, but with politics. At Sinai a new kind of nation was being formed, and a new kind of society – one that would be an antithesis of Egypt, in which the few had power and the many were enslaved. It was to be, in Abraham Lincoln’s words in the Gettysburg Address, “a new nation, conceived in Liberty, and dedicated to the proposition that all men are created equal.” Indeed without the covenant at Mount Sinai, Lincoln’s words might have been inconceivable. For nowhere else do we find anything like the politics of Mount Sinai, with its radical vision of a society held together not by power but by the free consent of its citizens to be bound, individually and collectively, by a moral code and by a covenant with God.[1]

Standard works on the history of the politics of freedom trace it back through Marx, Rousseau and Hobbes to Plato’s Republic, Aristotle’s Politics, and the Greek city states (Athens in particular) of the fifth century BCE. This is a serious error. To be sure, words like “democracy” (rule by the people) are Greek in origin. The Greeks were gifted at abstract nouns and systematic thought. However, if we look at the “birth of the modern” – at figures like Milton, Hobbes and Locke in England, and the founding fathers of America – the book with which they were in dialogue was not Plato or Aristotle but the Hebrew Bible. Hobbes quotes it 657 times in The Leviathan alone. Long before the Greek philosophers, and far more profoundly, at Mount Sinai the concept of a free society was born.

Three things about that moment were to prove crucial. The first is that long before Israel entered the land and acquired their own system of government (first by judges, later by kings), they had entered into an overarching covenant with God. That covenant (Brit Sinai) set moral limits to the exercise of power. The code we call Torah established for the first time the primacy of right over might. Any king who behaved contrarily to Torah was acting ultra vires (beyond legitimate authority), and could be challenged. This is the single most important fact about biblical politics.

Democracy on the Greek model always had one fatal weakness. Alexis de Tocqueville and John Stuart Mill called it “the tyranny of the majority.”[2] J.L. Talmon called it “totalitarian democracy.”[3] The rule of the majority contains no guarantee of the rights of minorities. As Lord Acton rightly noted, it was this that led to the downfall of Athens: “There was no law superior to that of the state. The lawgiver was above the law.”[4] In Judaism, by contrast, prophets were mandated to challenge the authority of the king if he acted against the terms of the Torah. The classic example is the accusation God tells Elijah to make to King Ahab for seizing Naboth’s vineyard: “Thus says the Lord: Would you murder and take possession?” (1 Kings 21:19).

Individuals were empowered to disobey illegal or immoral orders. The first example was the Hebrew midwives who “feared God and did not do what the Egyptian king had commanded” (Ex. 1:17). Another key moment was when King Saul ordered his servants to kill the priests of Nob, who had given shelter to David, “But the king’s servants would not raise a hand to strike down the priests of the Lord” (Samuel 22:17).[5] It was on this tradition that Calvin – inspiration of the seventeenth-century Puritan radicals in England and America – drew, when he said “prophets and teachers may take courage and thus boldly set themselves against kings and nations.”[6] It was on the same tradition that Thomas Paine based his pamphlet Common Sense (1776), widely credited at the time as the inspiration that led to the American revolution.[7] Historically, it was the covenant at Sinai and all that flowed from it, not the Greek political tradition, that inspired the birth of freedom in Britain and America, the first people to take that road in the modern age.

The second key element lies in the prologue to the covenant.

“This is what you are to say to the house of Jacob and tell the people of Israel. ‘You yourselves have seen what I did to Egypt and how I carried you on eagles’ wings and brought you to Me. Now, if you obey Me fully and keep My covenant, you will be My treasured possession, for the whole earth is Mine. You will be for Me a kingdom of priests and a holy nation…’” (Ex. 19:3–6)

Moses tells this to the people, who reply: “We will do everything the Lord has said” (Ex. 19:8). Until the people had signified their consent, the revelation could not proceed. The principle at stake was that there is no legitimate government without the consent of the governed,[8] even if the governor is Creator of heaven and earth. I know of few more radical ideas anywhere.

To be sure, there were sages in the Talmudic period who questioned whether the acceptance of the covenant at Sinai was completely free. There is a famous statement in the Talmud:

“And they stood under [normally translated as, “at the foot of ”] the mountain” (Ex. 19:17) – this teaches that the Holy One, blessed be He, overturned the mountain above them like a cask and said to them, “If you accept the Torah, it is well, but if not, this will be your burial place.”[9]

What the sages are doing here is to question whether the Israelites really had a free choice at Sinai. They had not yet entered the land. They were dependent on God for their food, water and protection. Where could they go, and to whom could they turn, if they said no to God?

The Talmud itself says that “Nonetheless, they re-accepted it in the days of Ahasuerus,”[10] that is, at the time described in the book of Esther – one of the only two books in the Bible that does not contain the name of God.[11] In that context there could be no question of divine coercion. However, at the simplest level, this is the significance of the two covenant renewal ceremonies, one at the end of Moses’ life, as the Israelites were about to enter the land (Deut. 29–31), the other at the end of Joshua’s life, when the people had conquered the land (Joshua 24). The covenant was renewed precisely so that no one could say that it had been entered into coercively when there was no alternative.

At the heart of Judaism is the idea – way ahead of its time, and not always fully realised – that the free God desires the free worship of free human beings. God, said the rabbis, does not act tyrannically with His creatures.[12]

The third, equally ahead of its time, was that the partners to the covenant were to be “all the people” – men, women and children. This fact is emphasised later on in the Torah in the mitzvah of Hak-hel, the septennial covenant renewal ceremony. The Torah states specifically that the entire people is to be gathered together for this ceremony, “men, women and children” (Deut. 31:10–13). A thousand years later, when Athens experimented with democracy, only a limited section of society had political rights. Women, children, slaves and foreigners were excluded. In many respects this held true until very recently. In Britain, women did not get the vote until 1918. In America, women’s suﬀrage was complete only in 1920, though some states had enacted it earlier.

According to the sages, when God was about to give the Torah at Sinai, He told Moses to consult first with the women and only then with the men. This is the meaning of the verse “This is what you are to say to the house of Jacob and tell the people of Israel” (Ex. 19:3). The house of Jacob, our sages tell us, refers to the women.[13] The Torah, Israel’s “constitution of liberty,” includes everyone. It is the first moment, by thousands of years, that citizenship is conceived as being universal.

Perhaps the greatest testimony to the politics of the Hebrew Bible was given by Jean-Jacques Rousseau, in an unpublished manuscript discovered after his death:

The Jews provide us with an astonishing spectacle: the laws of Numa, Lycurgus, Solon are dead; the very much older laws of Moses are still alive. Athens, Sparta, Rome have perished and no longer have children left on earth; Zion, destroyed, has not lost its children…. What must be the strength of legislation capable of working such wonders, capable of braving conquests, dispersions, revolutions, exiles, capable of surviving the customs, laws, empire of all the nations…to last as long as the world?…any man whosoever he is, must acknowledge this as a unique marvel, the causes of which, divine or human, certainly deserve the study and admiration of the sages, in preference to all that Greece and Rome offer.[14]

With the revelation at Sinai, something unprecedented entered the human horizon, though it would take centuries, millennia, before its full implications were understood. At Sinai, the politics of freedom was born. 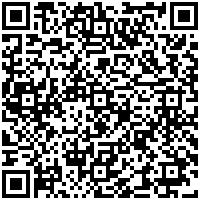