These treaties usually follow a six-part pattern, of which the first three elements were [1] the preamble, identifying the initiator of the treaty, [2] a historical review, summarizing the past relationship between the parties, and [3] the stipulations, namely the terms and conditions of the covenant. The first verse of the Ten Commandments is a highly abridged form of [1] and [2]. “I am the Lord your God” is the preamble. “Who brought you out of Egypt, out of the land of slavery” is the historical review. The verses that follow are the stipulations, or as we would call them, the commands. Nachmanides and the Midrash are therefore correct in seeing the verse as an introduction, not a command.

What is at stake in this difference of opinion between Maimonides on the one hand, Judah Halevi and Nachmanides on the other? At the heart of Judaism is a twofold understanding of the nature of God and His relationship to the universe. God is creator of the universe and the maker of the human person “in His image.” This aspect of God is universal. It is accessible to anyone, Jew or gentile. Aristotle arrived at it through logic and metaphysics. For him, God was the “prime mover” who set the universe into motion. Today, many people reach the same conclusion through science: the universe is too finely tuned for the emergence of life to have come into being through chance (this is sometimes called the anthropic principle). Some arrive at it not through logic or science but through a simple sense of awe and wonder (“Not how the world is, but that it is, is the mystical” said Wittgenstein). This aspect of God is called by the Torah, Elokim.

There is, however, a quite different aspect of God which predominates throughout most of Tanach, the Hebrew Bible. This is God as He is involved in the fate of one family, one nation: the children of Israel. He intervenes in their history. He makes a highly specific covenant with them at Sinai – not at all like the general one He made with Noah and all humanity after the Flood. The Noahide covenant is simple and basic. The sages said it involved a mere seven commands. The Sinai covenant, by contrast, is highly articulated, covering almost every conceivable aspect of life. This aspect of God is signaled by the use of the four-letter name for which we traditionally substitute (since the word itself is holy and could only be pronounced by the High Priest) the word Hashem (on the two aspects and names, see Kuzari IV:1-3; and Ramban to Exodus 3:13).

Maimonides, the philosopher, emphasized the universal, metaphysical aspect of Judaism and the eternal, unchanging existence of God. Judah Halevi and Nachmanides, the one a poet, the other a mystic, were more sensitive to the particularistic and prophetic dimension of Judaism: the role of God in the historical drama of the covenant. Both are true and valid, but in this case, Halevi and Nachmanides are closer to the meaning of the biblical text. 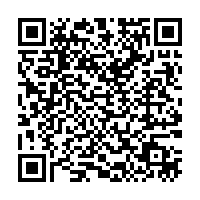