Judaism is less a philosophical system than a field of tensions – between universalism and particularism, for example, or exile and redemption, priests and prophets, cyclical and linear time, and so on. Rarely is this more in evidence than in the conflicting statements within Judaism about sacrifices, and nowhere more sharply than in the juxtaposition between the sedrah of Tzav, which contains a series of commands about sacrifice, and the passage from the book of Jeremiah that is usually (not this year) its Haftarah:

“When I brought your forefathers out of Egypt and spoke to them, I did not give them commands about burnt offerings and sacrifices, but I gave them this command: ‘Obey me, and I will be your G-d and you will be My people. Walk in all the ways I command you, that it may go well with you’ ” (Jeremiah 7:22-23).

The simplest explanation is to note that the Hebrew word “lo” does not invariably mean “not”; sometimes it means “not only” or “not just.” According to this, Jeremiah is not saying that G-d did not command sacrifices. He did, but they were not the sole or even most important element of the religious life. The common denominator of the prophetic critique of sacrifices is not opposition to them as such, but rather an insistence that acts directed to G-d must never dull our sense of duty to mankind. Micah gave this idea one of its most famous expressions:

With what shall I come before the Lord
And bow down before the exalted G-d? …
Will the Lord be pleased with thousands of rams,
With ten thousand rivers of oil? …
He has shown you, O man, what is good.
What does the Lord require of you?
To act justly and to love mercy,
And to walk humbly with your G-d (Micah 6:6-8).

Yet the question remains: Why sacrifices? To be sure, they have not been part of the life of Judaism since the destruction of the Second Temple, almost 2,000 years ago. But why, if they are a means to an end, did G-d choose this end? This is, of course, one of the deepest questions in Judaism, and there are many answers. Here I want to explore just one, first given by the early fifteenth-century Jewish thinker Rabbi Joseph Albo in his Sefer HaIkkarim.

Here’s Rabbi Albo’s theory: Killing animals for food is inherently wrong. It involves taking the life of a sentient being to satisfy our needs. In Genesis, for example, Cain knew this. He believed there was a strong kinship between man and the animals. That is why he offered not an animal sacrifice, but a vegetable one. Abel, by contrast, believed that there was a qualitative difference between man and the animals. Had G-d not told the first humans, “Rule over the fish of the sea and the birds of the air and over every living creature that moves in the ground”? That is why he brought an animal sacrifice. Once Cain saw that Abel’s sacrifice had been accepted while his own was not, he reasoned thus: If G-d (who forbids us to kill animals for food) permits and even favors killing an animal as a sacrifice, and if (as Cain believed) there is no ultimate difference between human beings and animals, then I shall offer the very highest living being as a sacrifice to G-d – namely my brother Abel. Cain killed Abel not out of envy or animosity but as a human sacrifice.

That is why G-d permitted the eating of meat after the Flood. Before the Flood, the world had been “filled with violence.” Perhaps violence is an inherent part of human nature. If there were to be a humanity at all, G-d would have to lower his demands of mankind. Let them kill animals, He said, rather than kill human beings – the one form of life that is not only G-d’s creation but also G-d’s image. Hence the otherwise almost unintelligible sequence of verses after Noah and his family emerge on dry land: 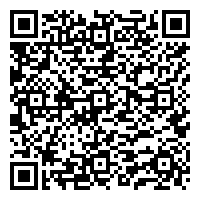