Community is one of the concerns that many people consider when they scout out their potential new home in Israel. They are wondering if they will make friends and find neighbors who speak their language. Who will fill in for the lack of nearby family? Who will they spend their holidays with? Will they find help and support, while adapting to their new surroundings? Will their kids make friends?

Some people choose to start off in a place where they know that many Olim have settled before them. Some towns are known to have a high number of Olim from English speaking countries. Places like Efrat, Raanana and Neveh Aliza are some of them.

Although these are legitimate concerns, there are conflicting opinions on the value of starting off in an English speaking atmosphere. On one hand, it does offer a soft landing into the expected culture shock. Yes, you are coming from Western countries into a westernized Middle Eastern country. You will need some time to adjust to the weather, language, and societal issues – and it is nice to have people nearby who can relate to what you are going though, and who speak your mother tongue.

But do be aware that you might be paying a price for the comfort that you seek. Rents might be higher in some of the towns mentioned, but that’s not the only disadvantage. If you condition yourself to get by in English speaking surroundings, will you be stunting your integration into the Hebrew speaking society around you?

When I was a teen growing up in Maalot, the father of a good friend of mine was a man who had come to Israel from Morocco thirty years earlier, but who was know to all as “Oleh Chadash.” Due to his putting off learning to speak Hebrew for many years, when addressed by someone in Hebrew, he would say “Oleh Chadash” and excuse himself from the need to take part in any conversation. He had already achieved an important position in a local government agency, but still, his earlier procrastination in learning the language was not forgotten. Don’t be afraid to speak – even in broken Hebrew. Israelis will appreciate your effort, and will help you along.

Admittedly, though, community is important. It is one of the factors that has brought many people – Israelis and Olim – to come to live in the small towns of Judea and Samaria. In these places, the concept of community is very real. Everyone knows everyone, and although each family is responsible for our own homes and well being, we hold many common interests. People take an active part in local committees and events.

From the outside, many Yeshuvim in Judea and Samaria might look similar, but actually, each one has its own very special footprint, its unique micro-culture, and you, by making your home there, will be a part of forming that society. 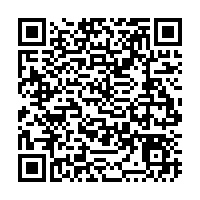