In this week’s portion of the Torah we read about the sin of the golden calf.

How could this have happened? After such a great gathering of all of the people of Israel, where G-d revealed Himself to us all and spoke to Am Yisrael at Mount Sinai? And He chose us to be His special nation, and He saved us from the Egyptians with countless miracles, and finally gave us the holy Torah.


How could it be that we the children of Hashem would fall so far and sin with the golden calf?

When we come into this world, for the most part, we are blessed with health, a family to grow up in, food on our tables, and clothing to wear. And then we grow up, go through changes and challenges and tend to forget all the gifts we have received since the day we came into this world.

We rebel against our parents and teachers, we search across the globe for the truth, although it is right there under our noses.

G-d in His infinite wisdom created mankind and also knew that he would go astray. Hashem in His merciful ways new that the world couldn’t exist with only the strictness of the law, and created the act of mercy and repentance. Hashem loves all His creations and especially His chosen people.

When a person goes astray and doesn’t behave in the proper way, it takes tremendous willpower for that person to repent and come back to Hashem and to the right way G-d chose for us to live.

That willpower which lies within each and every one of us, is the reason Hashem has so much patience for His children to return home.

When Hashem came down to Mount Sinai and gave us the holy Torah, at that moment He also gave us the ability and the willpower to rise up no matter what challenges arise before us.

At times, in a moment of grief or lack of clarity, we make mistakes, whose consequences and ramifications last far and beyond what we could have ever imagined in that moment of anger or depression.

There is a person who is close to my heart that is sitting in prison for actions he took in the past, that led to the sad reality he faces today.

As the time draws close to the end of his sentence, I tried to explain how much strength he will need to start over again after falling so hard; after making choices which led him to such terrible mistakes.

Hashem is always there for us to give us second, third and countless amounts of chances to repent and come back to Him.

I tried explaining to my dear friend that the world isn’t so accepting and tolerant. And that climbing back up after a big fall isn’t easy at all. I explained to him, gently, how judgmental the people on the outside will be, and how strong and determined to rise up he must be in order not to fall or give up.

The high of receiving the holy Torah and then the great fall with the sin of the golden calf and then again the repentance of the Jewish people throughout their journey in the desert for 40 years, is the greatest lesson we could learn for our growth and understanding of Hashem’s merciful ways.

The challenges and trials we had since we became a nation, guide and hold us together till this very day.

When Am Yisrael sinned at Mount Sinai, but repented thereafter, they gave us the strength and power to this very day, to get up despite any falls that come our way.

It’s written, the actions of the ancestors are a sign for the children who come after them.

When I spoke to my dear friend I tried to encourage him and give him the strength to pick himself up and start again, as soon as he comes out. I received that strength from all my ancestors throughout time who fell and got up. From the nation of Israel that walked through the desert for 40 years to repent for the sin of the golden calf, and the sin of the spies.

The power and free will to choose to rise after we have fallen, is stronger and sweeter than anything one can imagine.

It’s also written that in a place that a person who has repented stands, no one, not even the greatest and holiest Rabbi, can stand.

With the strength and courage that we receive in this week’s Torah reading may we understand and live by those guidelines, that no matter how hard and how low we fall, Hashem is always there waiting for us to rise and succeed.

Hashem gives us a second chance every time we fall. May we try to be like Hashem and be kind to those who have fallen and need our loving hand to stand up again and rise one more. 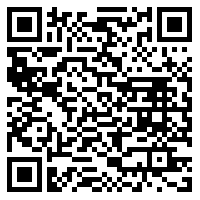