One of the most famous sayings of Rebbe Nachman of Breslov is undoubtedly, “It is a great mitzvah to always be happy.” Let’s see if we can reflect a little upon the depth of this statement.

At the beginning of his career, the French general and dictator Napoleon Bonaparte presented himself as a friend of the Jews, promising them political rights and economic benefits. However, many of the greatest rabbis of that time understood that civil rights and social integration were potentially a way of drawing Jews away from Torah and bringing them closer to the philosophy of the Enlightenment, which was permeated with rationalism, materialism, and atheism.


When Napoleon invaded Russia, many great tzaddikim, such as Rebbe Nachman, prayed for his defeat and actively worked against him. In the end, their prayers were answered: Napoleon was forced to make a humiliating retreat and a few years later he died imprisoned on a small island in the Mediterranean.

Before his downfall, however, Napoleon’s armies were legendary for their fighting ability. They seemed to be invincible. His soldiers were brave and disciplined. They fought like lions. Other generals tried to discover the secret of their extraordinary will to fight.

The answer was simple, and novel. Napoleon made sure that his soldiers were happy. Just as every army camp had special officers who distributed food, uniforms, and ammunition, so too every camp had professional musicians, comedians, and entertainers whose only job was to keep the soldiers cheerful. These entertainers were regarded as no less important than the officers who led the fighting. For the fact is that through joy, one can win all battles.

Sometimes, we come across a new approach or technique for serving G-d that promises to be useful. But if we find that it is making us depressed, we should reject it completely. Our attitude should be that of the once popular saying: “Don’t give me your honey, and don’t give me your sting!” We must announce: “If it comes without depression, I will accept the suggestion. But if not, I don’t need help such as this.”

May Hashem help us to keep depressing thoughts out of our minds and to serve Him with joy always. 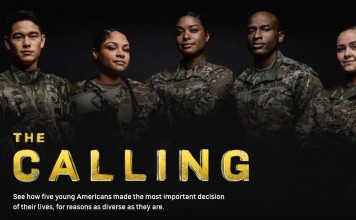