As we are near the beginning of a new school year, it is worthwhile to look at the teaching of the Rebbe, who draws the attention of school faculty and leadership to the true purpose of educating children. If you ask someone to tell you the main purpose of sending a child to school, their answer will probably be a simple one: so the child should do some learning and grow up to become a lamdan, a scholar, and so on.

The Rebbe said that this is not the main purpose. The goal of chinuch, Jewish education, is that the child should do the right thing and that he or she should grow up to do maasim tovim, good deeds, and have dei’os yesharos, the correct principles in life. That is even more important than the information the child learns. Gaining knowledge is a wonderful thing, but the emphasis and goal in chinuch is that the child should grow up to be one who does good and has proper thoughts and principles in life.

The Rebbe explained that the leadership of the educational institutions should not only worry about the hours that the child is under their supervision in school. What happens after that? They leave and they are either under the influence of the “street” or the home, and you never know whether that is a good, positive influence.

This is why the school’s leadership should concern themselves even about the time when the child is not within the four walls, so to speak, of the school environment. They should ensure that the child be occupied with the right things. They should come up with good ideas for what the children can do in their free time and encourage them to use their time properly.

Moreover, the Rebbe said, it would be proper for the school to give out a questionnaire asking how the child conducted himself or herself outside school, and they should get points for each good deed that they did. They would bring the form back to the school, signed by their parents or by those who take care of them, as to how many good deeds they did when they were away from school. [Thus, the concept of the “mitzvah note.”]

One may point out that in this system, the children aren’t doing it lishmah; they’re not doing it altruistically for the sake of the mitzvah. Instead, they’re doing it so they should get good points or rewards and prizes.

Says the Rebbe that the Rambam in Pirush HaMishnayos (Sanhedrin) explains that this is the right way to educate a child. In as much as for the moment, there is an element of shelo lishmah – the child does it for exterior reasons – nevertheless, at this moment we have to make sure that he does the right thing, and with time, he will do it lishmah – for the right reasons.

So, the obligation of the principal and the general school leadership is for the totality of the child’s education. Not only for the intellectual part that he or she receives at school, but also for their emotional well-being and that the child’s world should be imbued with a good spirit, with good ideas, and with good principles as to how to conduct his or her future life. 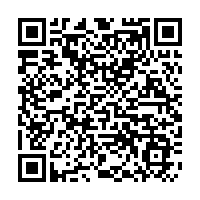