Rebbe Nachman of Breslov tells us in Likutey Moharan (I:35, 1): “Teshuvah means returning a thing to the place from which it was taken. What is that place? It is Wisdom – for Wisdom is the source of all things, as the verse says, ‘You have made them all in wisdom’” (Psalms 104:24).

Rebbe Nachman is telling us that teshuvah, which is usually translated as “repentance,” actually means returning something to its source, which is Wisdom. How are we to understand this seemingly cryptic statement?


Rabbi Yaakov Meir Shechter explains this as follows: The source of our souls is a spark of Divine wisdom, and that is the “place” to which we must return. Hence, when we make our minds a more faithful expression of Divine wisdom, we are involved in the process of teshuvah. When we do teshuvah by turning away from our past sins, we are returning to the source of our being.

There is a spiritual principle that when any creature is in a state of distress, it will feel a powerful impulse to return to its source. Rabbi Tzadok HaKohen of Lublin used this idea to explain a Mishnah that deals with the ritual purity (taharah) and impurity (tumah) of vessels. The general rule is that a vessel made from the skin of a land animal can become ritually impure, while a vessel made from the skin of a sea creature cannot. The seal, however, appears to be an exception to this rule. Although it spends most of its life in the ocean, it is considered to be a land animal, and hence a vessel made from sealskin is subject to ritual impurity. The Mishnah (Keilim 17:13) presents this halacha with an explanation: “All creatures that live in the sea are ritually pure, except the seal, because it flees to the land [when it is frightened].”

In other words, according to the Mishnah, the place to which an animal flees is a better indication of its true nature than the place where it spends most of its life. Why is that? Rabbi Tzadok explained that this is based on the spiritual principle that when a creature is in distress, it will try to return to the source of its being. Since a seal flees to the land, we can conclude that its life and being are derived from the land.

Teshuvah is also an expression of this “law of nature,” for when a soul is in distress and seeks to return to a state of peace, it is drawn back to its source in the wisdom of G-d. May Hashem help us during these days of Purim to use the distressing current events as an impetus to return to Him. 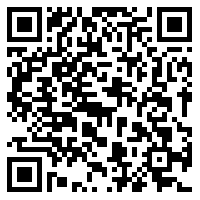