In connection with the yahrzeit of the Rebbe’s father, the Gaon, Chossid and Mekubal Rabbi Levi Yitzchok Schneerson, n”e, on 20 Av, we see the Rebbe’s extraordinary measure of kibbud av v’eim towards his father and his mother.

Many of us see the Rebbe as a role model of purity, elevation and sanctity. There is much for us to learn from the Rebbe’s special attention to kibbud av v’eim, respect for his father and for his mother.


The Rebbe traveled to Paris in 1947 to escort his mother to the United States after she finally came out of the Soviet Union. The day the Rebbe arrived, after he met his mother, a farbrengen was arranged. Rabbi Nochum Avrohom Yakubovitch of Antwerp, OBM, described to me in great detail how he merited to be at that farbrengen and all the subsequent farbrengens of the Rebbe during his stay in Paris.

What he saw at that first farbrengen was something astounding. The Rebbe cried greatly about the fact that there were years that he had not been able to perform the mitzvah of kibbud av. He quoted the Gemara that described how Yosef was not with his father for 22 years. Then the Rebbe added that one could argue that in his own case it was a matter of “ee efshar,” not possible for it to be otherwise. It was a situation of “onus,” beyond his control. It was under the Communist regime, and it wasn’t in the hands of the Rebbe to be able to be with and serve his father. Nevertheless, the Rebbe said that in actuality – b’poel mamosh – the matter was lacking – hot der inyon gefelt. He had not been able to serve his father as he would like to.

Reb Nochum said that you could see how the Rebbe’s neshama was “crying itself out” for something that was not even within its reach. This left a deep life-long impression on him.

Throughout the years, we see the tremendous kibbud av the Rebbe had for his father. The Rebbe once said about the people who helped his father, “I cannot pay them back enough.” By the Rebbe, if someone had helped the Rebbe’s father, there was nothing greater than that.

The same applies to his kibbud eim for his mother. Everyone saw how the Rebbe would make sure to visit his mother at her home every single day. Even when he had the burden of Klal Yisrael resting upon him, the Rebbe found time to go by foot from his office to his mother’s house. He had a key so his mother wouldn’t have to come and open the door for him, and he made every effort to fulfill the mitzvah of kibbud eim in the best possible way.

There are so many people who want to have a connection with the Rebbe. Here the Rebbe teaches us, in a very practical way, how we can follow in his footsteps and take care of our fathers and our mothers, la’arichus yomim v’shonim tovos of the parents – and their children. 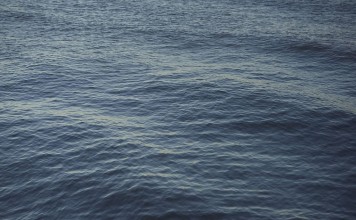 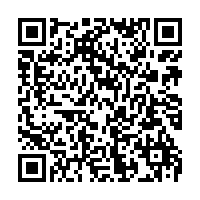