The Rebbe took the Chabad-Lubavitch movement, from a group of survivors of the second World War and small beginnings in America, and brought it to become a formidable power of whose like is not seen in the international Jewish community. The Rebbe has created communities – Lubavitch emissaries with institutions of education and outreach all over the world, in every country, city, town and hamlet, doing the holy work of bringing Jews closer to Torah and mitzvos.

Today, Chabad Houses account for about 35 percent of all shuls in the United States. It’s not just a movement that subscribes to the idea that you can’t judge a Jew by the size of his tefillin or the size of the candles on Friday evening. A Jew is a Jew no matter what. Chabad-Lubavitch is a movement “on the ground” answering the needs of the Jewish community.

The Rebbe’s realm of influence, however, is the entire world.

More than once, when top Israeli officials were sitting together and they wanted to do something less than perfect, one of the ministers would ask, “But what’s the Lubavitcher Rebbe going to say about this?” They knew that there is a voice that reaches from one end of the world to the other. A voice of truth, of honesty, of strength and sanctity, a voice that is going to guide and protect the Jewish community.

The Rebbe didn’t put emphasis on pointing out what was wrong. The Rebbe focused on saying what was right. The Rebbe’s approach in everything is “Y’min mekareves – use the right hand to bring them closer.” He knew what people were missing. The reason this person is the way he is, or that person is the way she is, is because they need more guidance, more leadership, more love.

I remember once, at a dinner, a non-Chabad rabbi spoke and related a story of a non-Chabad family that he knows. They had a son who stepped out of line, and they went to see the Rebbe. They sought the Rebbe’s advice about how to deal with their son, and the Rebbe told them, “Love him.” The father said, “But Rebbe, he doesn’t put on tefillin?” The Rebbe answered, “Love him more.” The mother cried, “But he doesn’t keep kosher?” The Rebbe said, “Love him more.”

There’s a concept in Torah law of a “Tinok shenishboh,” a child who was taken captive and didn’t have a Jewish upbringing. It applies in a literal sense, or it could be that his or her parents didn’t have the knowledge, and they grew up in a home that didn’t know about Shabbos or kashrus.

How can you blame this child? What do we want from this child? The Rebbe said, “Al techet’u bayoled – don’t sin against the child.” It’s not his fault. He did not get the proper education. Instead of blaming the child, work with him. See what you can do to help. The Rebbe’s approach worked all over the world.

But there is one underlying objective that the Rebbe wanted to accomplish. When he officially became Rebbe on Yud Shevat 5711, the Rebbe said that he will follow the custom of the land and make a declaration and a mission statement. The Rebbe announced that his “administration” is going to bring Moshiach “bepo’el mamosh” – in actuality. The Rebbe’s ongoing goal, every single day, is to bring Moshiach. And in order to do that, the Rebbe needs each one of us, with no exclusions.

No one can say, “What can I do? I don’t have the strength, ability, or time!”

Everyone can help by doing their own part. They need not influence an entire community! Each man has a neighbor or acquaintance with whom he can perhaps put on tefillin. Every woman has someone she can influence to light Shabbos candles herself or include her daughters as well.

Baruch Hashem, the Rebbe’s work is working in reaching Klal Yisroel worldwide, and preparing the world for the coming of Moshiach, speedily, now, in our very own days. 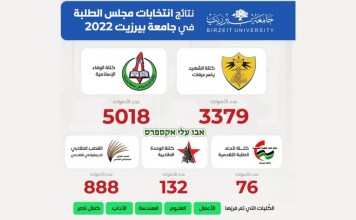 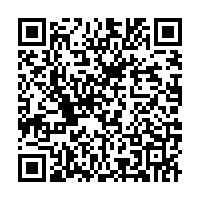