Last week, on 22 Shevat, we marked the 34th yahrzeit of Rebbetzin Chaya Mushka, the wife of the Rebbe and the daughter of the previous Rebbe, the Rebbe Rayatz. In honor of this day, we will outline some details from the Rebbetzin’s unique life and exemplary personality. 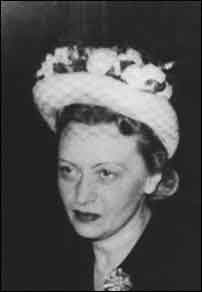 The Rebbetzin was born on Shabbos, 25 Adar 5661 (1901) in Babinovitch, near the Russian city of Lubavitch. She was the second of the Rebbe Rayatz’s three daughters.


In an unusual gesture, her grandfather the Rebbe Rashab, Rabbi Sholom Dov Ber, suggested a name for her, and in a telegram to his son the Rebbe Rayatz, he wrote: “If a name wasn’t given yet, she should be called Chaya Mushka, as this is what is proper in my opinion.”

The Rebbe Rashab, who was then out of town, sent a number of telegrams and letters in the first week after her birth. In them, he alluded to the girl’s future in highlighting how she was a namesake of his grandmother, the Tzemach Tzedek’s wife. He blessed her that “she should be a truly G-d-fearing woman, and in all aspects of her life, she should resemble my righteous grandmother, whose name she carries.”

When the agents of the notorious Communist police came to arrest the Rebbe Rayatz in 1927, she quickly and wisely alerted her husband-to-be, the Rebbe. Seeing him through the window, she shouted to him, “Schneerson, we have guests!” Thanks to his, the Rebbe was able to warn the Rebbe Rayatz’s secretary to make necessary precautions, hide certain documents and immediately begin working on ways to help secure the Rebbe Rayatz’s release.

The Rebbe Rayatz’s sentence was commuted to exile in the distant city of Kostroma. It was his daughter Chaya Mushka who accompanied him. She remained with him until his release, and she was the one to call her mother in Leningrad to notify her of the news of his release.

During the court case over the ownership of her father’s library in 1985, the Rebbetzin was asked, “To whom did the books in the library belong?” With great ingenuity, she responded, “My father and the books belong to the Chassidim.” Later, the Rebbe said in a farbrengen that this testimony of the Rebbetzin was very instrumental in influencing the judge’s verdict that the library belongs to Agudas Chassidei Chabad.

Two days prior to her passing, her personal doctors wished to convene a meeting with other doctors to decide on a course of treatment. Despite her difficult medical condition, the Rebbetzin requested that the meeting be postponed until the following day so it wouldn’t interfere with the Yechidus Kelolis, a general audience when the Rebbe took leave of guests, which was set to take place that day. When the postponed meeting was convened, it was decided that she should be brought to the hospital. The Rebbetzin passed away a few hours later.

It may have seemed that the Rebbetzin was a very private individual who hardly ever appeared in public, yet her entire life was dedicated to the Rebbe and the chassidim. The Rebbetzin did not have a private personal life; her life was the life of the Rebbe and the chassidim. Her selfless dedication to the Rebbe was extraordinary. She once remarked that she was “the Rebbe’s chossid,” and indeed, she lived up to that statement in the fullest sense.

Someone once asked the Rebbetzin if she has children, and she replied, “My husband and I have many children all around the world.”

In a public address after her passing, the Rebbe noted that “a new stage” began in advancing towards the Geulah. All the work of birurim –refining the G-dly sparks scattered throughout the world – had been completed, and even the “buttons” have already been polished… All that is necessary is to be ready to greet Moshiach Tzidkeinu! 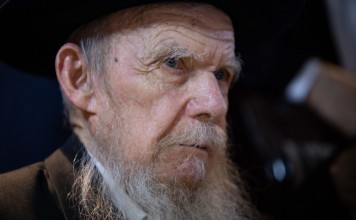 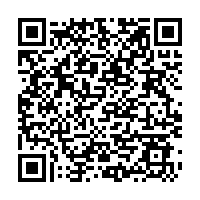