A great many details are shared in the Torah portions of Toldos and Vayeitzei about Yaakov Avinu going out on shlichus. The posuk says, “Vayishlach Yitzchok es Yaakov,” that Yitzchok sent Yaakov. This was a shlichus (mission) that Yitzchok was entrusting to his son. Then the Torah describes how Yaakov went from Be’er Sheva to Charan and the adventures he encountered over there.

Why is it important for us to know all these details and exactly from where he went and to where?


The Rebbe explains that this is not just the story of Yaakov Avinu’s mission; this is the story of each and every Jew’s shlichus. Every Jew is a shliach of Almighty G-d to this world, and – as the Rebbe often stressed: Each one is a shliach of the Previous Rebbe, and by extension, of the Rebbe, to prepare the world for Moshiach.

This shlichus is from “Be’er Sheva” to “Charan.” Before a person is born, the neshoma is in the Heavenly Heights and enjoys spirituality in the highest form. Then, Almighty G-d instructs the neshoma to descend to this world. Coming down to this world is, as the Gemara says (Chagiga 5b), compared to jumping from a high mountain to a low pit.

The neshoma starts out in Be’er Sheva, where it is basking in G-dliness. Then it comes down to this world, Charan. As Rashi says, Charon means wrath, and refers to the wrath of Almighty G-d, the city that angers G-d the most. Moreover, it doesn’t say “l’charan,” rather “charanoh,” which means that he didn’t just arrive at Choaran, but entered the depths of the city and its most difficult part – the house of Lavan Ha’arami, to fulfill his shlichus there.

When his father Yitzchok entrusted him with this mission, Yaakov could have argued, “Why do I have to leave the holy land of Eretz Yisroel and enter the mundane world, traveling to Charan?” Even if he was told that this is where he’s going to find his wife, he knows how his father’s shidduch was arranged for him without him needing to leave, and that could have happened for Yaakov as well. But Yaakov didn’t ask any questions, and he went wholeheartedly on the shlichus; he was sent to change the world, to refine the world, and make the world a better place. All of these details are told to us because they apply not only to Yaakov Avinu, but to all his descendants throughout the generations.

Moreover, as the Rebbe explains, the Torah says that at Yaakov’s birth he was holding on to Eisav’s heel and this is why his father named him Yaakov – related to eikev (“heel”). This begs to be understood. First of all, why was Yaakov holding on to Eisav’s heel? The heel is the lowest part of the body! And why is this fact highlighted for all generations in Yaakov’s name?

This is not only the shlichus of Yaakov Avinu but of each and every single Jew throughout all generations. It is up to us to prepare the world and bring it to the point that it is meritorious of receiving Moshiach.

We are blessed that we are the last generation of golus – as the Rebbe told us many times – and the first generation of geulah. We need just a little bit more work in order to transform the entire world. It is our privilege in this generation to be chosen by Almighty G-d to do that task, by putting the finishing touches to get rid of the golus and bringing about the geulah ha’amitis v’hashleimah. May this take place Teikef Umiyad Mamosh, imminently, for everyone! 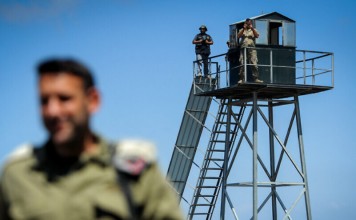 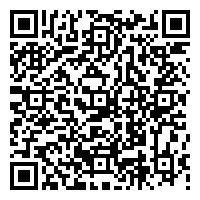