The word Shavuos means “weeks.” It celebrates the completion of the seven-week period of counting the Omer between Pesach and Shavuos.

The Torah was given by G-d to the Jewish people on Mount Sinai on Shavuos in the year 2448 of creation. Chassidus teaches us that every year on the holiday of Shavuos we renew our acceptance of G-d’s gift of the Torah, and G-d “re-gives” the Torah.

The giving of the Torah was a far-reaching spiritual event – one that touched the essence of the Jewish soul for all times. Our Sages have compared it to a wedding between G-d and the Jewish people. Shavuos also means “oaths,” for on this day G-d swore eternal devotion to us, and we in turn pledged everlasting loyalty to G-d.

In ancient times, two wheat loaves would be offered in the Beis HaMikdash on Shavuos. It was also at this time that people would begin to bring bikkurim, their first and choicest fruits, to thank G-d for Israel’s bounty.

On the first of Sivan, the first day of the third month after the Exodus from Egypt, the children of Israel reached the desert of Sinai and camped near the mountain.

During the few weeks of traveling in the desert under Divine protection, with daily miracles, such as the manna and the quail, the miraculous sweetening of the water, the defeat of Amalek, and the crossing of the Red Sea, the Jewish people had become more and more conscious of G-d.

Their faith grew more intense daily, until they attained a standard of holiness, solidarity and unity never achieved before or after by any other nation.

Moshe ascended Mount Sinai, and G-d spoke the following words to him: “Thus you shall say to the house of Jacob, and tell the children of Israel: ‘You have seen what I did unto the Egyptians, and how I bore you on eagles’ wings, and brought you unto Myself. Now, therefore, if you will hearken unto My voice and keep My covenant, then you shall be Mine own treasure from among all peoples; for all the earth is Mine. You shall be unto Me a kingdom of priests, and a holy nation.'”

Moshe returned from Sinai and called for the elders of the people and put all these words of G-d before them. Unanimously, with one voice and one mind, the people answered: Naaseh Venishma, “Everything G-d has said, we shall do and listen.”

Thus, they accepted the Torah outright, with all its precepts, not even asking for a detailed enumeration of the obligations and duties it involved.

When the Jewish people had voiced their eagerness to receive the Torah, G-d spoke to Moshe again: “Go unto the people, and sanctify them today and tomorrow, and let them wash their garments, and be ready for the third day; for on the third day G-d will come down in the sight of all the people upon Mount Sinai.”

So why do we eat milk products on Shavuos?

Chassidus offers a spiritual explanation based on the inner dimension of Torah:

Milk is essentially refined blood; in a complex and wondrous process, the mammary glands transform blood into pure white milk.

There’s something supernatural about that. To take a liquid as pungent and distasteful as blood and convert it into a nourishing and drinkable food is nothing short of miraculous.

We can simulate this miracle in our own lives. Blood represents raw, animalistic passion and untamed instinct. Milk is a symbol of calm, refinement and purity of character. Making milk out of blood – refining our lower instincts – is our life goal.

The Torah introduced a radical new path to achieve this goal – the divine commands. Through engaging in simple acts of goodness and sanctity, we can tame our animalistic instincts and align ourselves with the divine. With each individual act, we elevate ourselves and our world another step, gradually transforming a rough and untamed existence into a home for G-d – the very purpose of our creation. 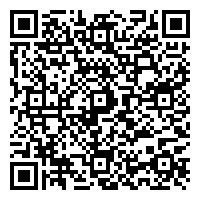