Think of any good movie, and you’ll remember the background music. The crescendos provide clues to the major turning points in the plot. The powerful symphonic sounds of a full orchestra can send one’s heart soaring, and the slow, deep tunes can fill us with fright.

Rabbi Mendel Weinbach zt”l, the founder and dean of Ohr Somayach, noted that our lives are not scripted with the same obvious clues. We don’t have the music to help us prepare for the transformative moments. We are often unaware of the events which have changed us, until they have already descended into the past.


Larry Goldberg was a student at Ohr Somayach. His route back to Judaism was full of meanderings. At many points in his life, he intended to go in one direction, until Hashem pushed him back on the road to return.

He grew up in Brooklyn in the ‘50s. His grandparents had thrown off most off their observances on the boat to America. Larry himself grew up with loose religious observances. Throughout his teenage years and into his early twenties, he was often plagued by the feeling that “something was missing,” but he could not identify what it was or how to fix his unease.

Larry studied civil engineering at Cooper Union and then went to Boston to work.

“It was a great life. I had my friends, girlfriends, a car. Life was a lot of fun, but I felt it was lacking, like something was missing. Then I realized what I was missing – I needed to get a PhD!

“Looking back, I had no aim. For example, I tried to be a vegetarian for a while when it became popular, but that didn’t fill the void.”

Larry was accepted to both MIT and UC-Berkeley for PhD programs, and chose the latter, hoping that the move across the country would provide enough of a change to quell his inner restlessness.

He longed for a connection to other Jews, and heard about a local chavura that met each week in a different member’s home. They offered a non-pressured evening of sitting on the floor to sing Jewish songs and play the guitar, with potluck meals.

One Friday night the group decided to go the local Chabad House where they could get a free meal and meet other young Jews.

The practices at Chabad resonated with Larry who began attending its Friday night meals and social events during the week. At one event he met Julien, who was actually the brother of a good friend of his from Boston. Larry had even been asked to look out for Julien when he arrived, but had forgotten all about it. Their paths crossed at the Chabad House.

Julien mentioned that he had spent the previous summer in a graduate science internship program at the Weitzman Institute in Israel. Larry had never been to Israel, so the idea intrigued him.

Larry applied to the program and was accepted for the summer of 1976. He spent the summer in Israel reading research reports from the department, and hanging out with other students on campus.

For the final weekend before heading home, Larry and his friend Gary were looking for a unique experience to complete the summer. Gary showed him a letter he had received from a man he had met at a bus station in Yerushalayim named Meir Shuster. In the letter, Rabbi Shuster invited Gary to spend an authentic Shabbos with a religious family in Yerushalayim. He had ignored the letter all summer long, but now with nothing to do for the weekend, the idea sounded interesting.

Rabbi Shuster set up the two young men with a family in Ezras Torah named Ben Ami. The Shabbos was beautiful.

“They looked after us, treated us royally, answered all our questions. It really piqued our interest. They took us to a chassidishe tish Friday night. (Gary liked it. I found it uninspiring).

“Throughout Shabbos we asked a lot of questions – why do you do this, what, why, what do you do, details of halacha. They answered everything.”

On Sunday morning, Rabbi Shuster came over to speak with them. He knew that they both had tickets to leave Eretz Yisrael that night, but asked the men of their plans for the day.

“We’re out of money, so we really don’t have anything to do.”

“How would you like to spend the morning in Yeshiva?”

Larry and Gary took him up on his offer.

They attended a class on Jewish thought delivered by Rabbi Yaacov Rosenberg, a pioneer of kiruv who never minced his words. He spoke to them afterwards and invited them to stay on to learn for longer. Both men demurred.

“I can’t. I need to go back to school to finish my PhD,” Larry told him. “I have a car and a lease and a girlfriend to get back to.”

“The car, the girlfriend, that’s all nothing. You should consider staying.”

“No, Rabbi, thank you, but I have commitments. I’m a man of my word,” Larry said. “But thank you very much. It has been very interesting.”

As they parted, Rabbi Rosenberg left him with three simple words, which would hang in the air like a pregnant pause throughout the next year.

Because of that single Shabbos and that single class at Ohr Somayach, Larry arrived back in California a different person. He decided to spend more time at Chabad and started learning with the campus rabbi. He also began to keep Shabbos as best he could and kasher his apartment.

By the middle of his second year in California, Larry had finished his course work. It was time to conduct full-time research for his PhD. However, he had difficulty throwing himself into it, and his research soon faltered.

“An engineer is trained to solve problems, not to think them up.”

Larry decided then not to finish his PhD program, and work for the Peace Corps. Based on his skills and experience, the program placed him in Botswana helping to build dams.

“I thought to myself, ‘Why do I need to go to Africa to help when I can do so in Israel?’”

He spoke to the Jewish Agency and was assigned to work on a kibbutz. So in early 1977, he packed up his life in California and headed to Israel. His flight arrived late, as did the sherut to Yerushalayim. It was already 10:30 p.m. too late to go to the friend he had arranged to stay with for the night.

Instead, he called the one other person he knew in Yerushalayim who would still be awake at that hour, a friend from Berkeley named Moshe. Moshe was learning in – Ohr Somayach. Larry asked him if he could stay with him for the night.

The next morning, Larry davened Shacharis in the yeshiva. Whom did he see after davening? Rabbi Rosenberg.

Rabbi Rosenberg inquired about his plans, and Larry told him about the kibbutz. Again, Rabbi Rosenberg’s words pierced his neshama.

“Some people come to Israel to pick roots, some to find their roots. On the kibbutz, you’ll be picking carrots. We have a place here for you. Stay in yeshiva, and you’ll find your roots.”

While Larry agreed, he did not want to renege on the commitment he had made. He needed advice. He thought that everyone in the yeshiva would be biased, so he called up Rabbi Ben Ami, his host from the year before.

“Sometimes you just need to do the things that feel right,” he told Larry.

Larry spent the next two years in yeshiva with young men like himself, all trying to find their way home. The rabbi of the beginner’s program made a shidduch for Larry with a young woman from South Africa.

The new couple spent their first two years together in Eretz Yisrael. Then they moved to South Africa where Larry ran a structural engineering firm and they raised a beautiful family of Jews committed to Torah. After three decades there, Larry and his wife returned in Eretz Yisrael, to Ramat Beit Shemesh, where he spends much of his day learning in a local kollel.

Looking back, Larry says he can trace many of the pieces and steps that became part of his journey.

“I didn’t see the Yad Hashem as it was happening. I just went from one place to the next. It always seemed like coincidences. I met people on trains and in my journey across America. I always thought I was just going with the flow, making connections with people.

“When I got to Israel and put it all together, it all jelled. I finally realized what I searching for, why I had to leave Boston. That took me to Chabad and that brought me to Eretz Yisrael.”

This is one of our jobs on Rosh Hashanah. When we crown Hashem as the King of the Universe, we have to crown Him the King over ourselves as well. Part of this is noticing His Hand in our lives and being ready to take the path He chooses for us. 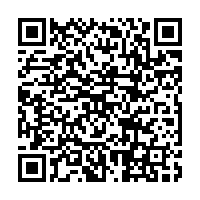