Retired Navy captain Alec Fraser wrote a short but insightful book, Damn the Torpedoes!: Applying the Navy’s Leadership Principles to Business, on leadership lessons from the Navy that can be applied to the business world. One of the key responsibilities of a leader is to gauge the morale and professionalism of his people. While this is always important, it is critical on a Navy ship that often finds itself in life and death situations. To this end, Captain Fraser emphasizes checking what he called “pulse points.” Pulse points are often small and out-of-the way things, which at first glance appear to be of minimal significance to an organization’s operation. However, in actuality, far from being insignificant, these “pulse points” are very telling gauges of the overall health of an organization.

Fraser explains this concept with the following example. “My favorite indicator of how well the guns would shoot was the forward paint storage room. I had to climb down three decks on a vertical ladder, opening and closing watertight hatches as I went, look around, and then climb back up. It took about ten seconds of looking around to see if the guns would shoot straight. If the paint locker, an out-of-the-way place, was neat and tidy, then the same professional mind-set of the crew would apply to more critical systems like the guns. It didn’t hurt that the crew knew I checked the paint locker periodically; that meant the paint locker received their attention. That space was a ‘pulse point’ as a reflection of the professionalism of the crew and the leadership holding them up” (pp. 46-47).

Every organization has its pulse points. A good leader knows what these points are, gets out often enough to take the pulse at these points and acts in response to what he finds. If he sees morale is poor, or skills are not where they should be, he can address these issues before they cause disaster.

The practice of checking pulse points can arguably help us further resolve a question the commentators ask at the beginning of Parshat VaYeilech. The Torah states that Moshe “went.” But where did he go and what was the purpose of this “walk” that he took right before he transferred the mantle of leadership to Yehoshua? The Kli Yakar suggests that the purpose of Moshe’s walk was to demonstrate to everyone that he was still physically able to be the leader. The reason he was “retiring” was because Hashem ordered him to do so, not because he was no longer capable.

Other commentators suggest that Moshe went around the Israelite camp getting in last-minute opportunities to teach Bnei Yisrael Torah and to encourage them about their beautiful future. According to this approach, leaders can learn a very important lesson. Moshe did not focus on the fact that in a short period of time he would no longer be the leader. He didn’t dwell on the realization that he would not accompany Bnei Yisrael into the land of Israel and therefore would not “finish” the job. Instead, he focused on the fact that he was still the leader and senior teacher of the nation for a few more minutes and that even in those few minutes he could still make a difference and help people. Leaders of all stripes should take this lesson to heart.

A third approach is based on the Midrash Tanchuma at the beginning of the parsha, offers a further insight as to why Moshe walked around the camp. According to the first two approaches, Moshe could have invited Bnei Yisrael to the Mishkan. He could have demonstrated to them there that he was still physically capable, and he certainly could have taught them Torah there in a public forum. Why then did he have to walk around and see everyone individually? The Midrash states that Moshe’s purpose in walking around was to give last-minute mussar to Bnei Yisrael. Giving rebuke is not a case of one size fits all. By walking around and visiting individual people, Moshe was able to tailor his message to each person, based on his or her individual needs, lives and challenges. Personalized mussar has the greatest effect.

In light of these approaches, we can also suggest that by walking around Moshe was able to check out the true pulse points of the nation. Had he assembled everyone in the Mishkan, he might not have received an accurate reading of the state of the nation. After all, in the Mishkan everyone is at his or her best. By visiting people’s individual homes and speaking to them in their most natural environments, Moshe got an accurate measure of the nation’s faith and commitment to the Torah. Only after doing this was Moshe able to transfer the leadership to Yehoshua with an accurate description of where things stood and what Yehoshua should expect.

Leaders who are truly committed to their organizations, both in the present and the future, will identify the key pulse points, visit those points frequently to take the pulse, and then act on their findings when appropriate. And an added bonus is that the mere visit and encouraging words said to the people at those pulse points can have a tremendous impact.

One of my friends, who served in the IDF in the 1990s, told me how he will never forget being on guard duty at a post in the middle of a cold and rainy night feeling all alone. Suddenly his lieutenant showed up with some hot tea to share a cup with him and thank him for the good work. After that, he told me, he would follow that leader to the ends of the earth. 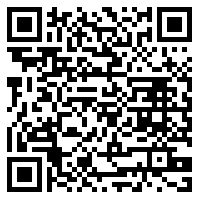