I met Boruch while crossing the country on an Amtrak train. I had just experienced an amazing Shabbos and first night of Selichos in a wonderful community in the West Rogers Park section of Chicago, and now headed back to New York, I was waiting for a connecting train in Pittsburgh, PA. I stepped outside of the local train station for a breath of fresh air and suddenly sensed I had attracted someone else’s attention.

Boruch was dressed in casual clothing and looked no different than every other passenger riding the train – accept for the large neck pillow hung around his neck – presumably in preparation for a night of good sleep after we re-embarked. Now, standing just feet from each other, it appeared he might say something to me, but then decided not to. He walked way and that was that.

I usually don’t talk to strangers when I travel. Being African American and wearing a yarmulke often draws some stares – and sometimes people – Jewish or non-Jewish – want to hear my story about my conversion. Unfortunately, I run into the occasional proselytizer who thinks I might be interested in their beliefs or want to challenge mine. I hate these encounters (though I usually devastate their efforts; having been raised in a Christian family I often know their points better than they do). Sometimes I run into the anti-Semite or worse, someone who’s “upset I converted because I’m Black.” Either way, after years of these “guess who” encounters, I prefer to just be left alone in peace. So, I was surprised to find myself wanting to know more about someone I met on the train for once – even a little embarrassed about it!

When we boarded the connecting train, Boruch sat across from me, and he seemed to have acquired some newfound courage.

“So am I,” he returned. “I mean I know I don’t look it.” After I told him my name, he said his name was Boruch – but with an “o.” Then he scrambled around in his bag to find some form of ID card to prove it. I told him it wasn’t necessary – I could tell by his zeal he was sincere. “I said yes, perhaps you spell your name the Chassidish way. I was converted by a beis din that spelled it with an “a.” Turns out Boruch’s full name was Boruch Vidal (he requested that we use his full name, as he is working on a movie script about his life – to dispute all the negative stories about Yiddishkeit currently being broadcast on channels like Netflix), and though he wasn’t raised there, he lives in the heavily Jewish section of Pittsburgh called Squirrel Hill. He identified comfortably with the term OTD or “off the derech,” a Jewish term reserved for those who were raised religious but have chosen to chart a different path (either completely or in part) from Judaism. He was currently on his way to Philadelphia to see a music concert, something he loved to do whenever he had time off from his job at a Jewish senior living home in Pittsburgh. We agreed to talk on the phone again between the Yomim Tovim.

“I did a lot more this year than I did the last two years,” Boruch said while speaking on the phone a few days after Rosh Hashanah. “Last year I didn’t do anything, but this year I put a little more into it. I went to kiddush at a Lubavitch shul and the rabbi blew a shofar for me.” Our discussion revealed that Boruch grew up frum – but also moved around a lot as a child. He had his bar mitzvah Rosh Chodesh Av in Atlanta, Georgia, wore a black hat, lained, and even gave a maimar in Yiddish. “At the time it was very hard because my parents were getting divorced and my dad was not at my bar mitzvah.”

Boruch said as a young bochur he was very excited about Judaism and by the time he was 13 or 14 he envisioned becoming a shliach. His mother sent him to a yeshiva in New Jersey – but unfortunately while there he experienced what, sadly, he calls his “breaking point.” “Unfortunately, the yeshiva had some rebellious kids and they kind of bullied me, and it turned me off. After that, I ended up going to a couple other yeshivas and had issues there as well, until I eventually ended up in a public school.” At the age of 15 Boruch said he decided to go OTD. “My mom was raising me and it was hard for her as a single mother. So there was a lot of drama that happened there.”

While his going OTD was painful for his mother, Boruch says she still accepted him – and worried more about the types of people he was hanging with. Boruch admits they were “not good people.” While he is comfortable with his non-religious identity, there are some things about religion that still affect him strongly, like lighting the menorah on Chanukah. “Some part of me does want to feel some sort of connection to some degree, but also on my own terms. So, if I want to go to shul I’ll go and listen to the drasha or Torah reading, I just sit in the back. It’s nice to be in the presence – because you grew up with it. You’re familiar with it.”

It’s obvious that Boruch is in a better mindset today than he was as a young teenager. Still, I asked if he had any lingering hard feelings toward Yiddishkeit and he answered frankly, “Not at all, but I know [other Jews who’ve gone OTD] who do. There are certain people I have very hard feelings about, but I’m thankful I have a lot of religious family – some even ultra-Orthodox. They are very nice and accepting of me and I respect them as well.”

“I think the main thing is to support your children as long as they are good people and not hurting themselves or anyone else,” Boruch advised when asked his opinion of how Jews should view someone who goes OTD. “Some people who become OTD risk losing everything and I think that’s a blemish on the community. If more people were willing to understand and accept their children, I think a lot of kids might not end up with feeling resentment.”

Nishma Research does marketing research for the Jewish community. In June of 2016 they performed a survey of people who had left the Jewish community. The survey consisted of 855 formerly observant Jews, men and women. Of that group, 216 identified as Chassidic, 230 modern Orthodox, 221 yeshivishe, 118 and “other”, and 97 as Chabad (monitored distinctly from other Chassidishe groups due to is culture being less insular). The study found the most popular reason for those choosing to go OTD was 1) the desire to think for themselves (14%), 2) a loss of faith (11%), 3) diminished roles of women (11%), and 4) sexual/physical or domestic violence (6%).

Other key findings focused on the participants’ continued religious identity, with 21% still believing in G-d strongly (vs. somewhat or not at all), 53% still lighting Shabbos candles, 31% still keeping kosher and 61% still identifying as feeling part of the Jewish community.

Rabbi Yakov Horowitz, founding dean of Yeshiva Darchei Noam in Monsey, and director of Bright Beginnings works effectively with those who are grappling with issues of going OTD, and he says Boruch’s story is very common. “No two patterns are the same, but a pattern of family issues and/or being bullied, or a challenging school experience is unfortunately very common. It is also very common that any person that abandons the religion doesn’t abandon all of it. They find certain parts that speak to them. I always encourage them that it’s not all or nothing.”

Horowitz teaches in his series of videos on YouTube that not everyone who goes OTD are people with mental issues, “there are people who have mental issues, but that’s true of everyone,” he pointed out. He also believes it can be a mistake to isolate the person entirely upon making the decision to leave. “Many of them feel they can’t stay. But they shouldn’t have to suffer in isolation. There have been many high profile suicides of people who were formerly observant,” and he says it’s hard to believe social isolation did not play a part in it.

“Many of the folks, especially those who have been subjected to horrible trauma, 100% feel abandoned by G-d; that he wasn’t there to protect them when [some experience or experiences] were happening to them. Being they feel this way there is no reason they should then feel [abandoned] by us.”

Next Issue: “Off the Derech Part 2.” Understanding, Coping With And Finding Help For Those Who Have Gone Or Are Considering Going OTD. 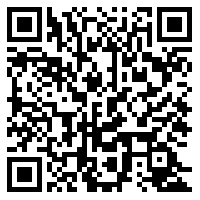