“…Hashem should appoint a man over the Jewish assembly” (Bamidbar 27:15).

Parshas Pinchas gives us insight into the qualifications required of a Jewish leader. Rashi cites the Medrash Tanchuma, which states that when Moshe Rabbeinu heard the daughters of Tzlafchad would receive their father’s inheritance, he said, “It’s proper for me to ask for my own needs – that my children should inherit my position.”


Hashem responded with the words of Mishlei (27:18), “‘He who guards the fig tree eats its fruit’ – your children sat by themselves and were not occupied with Torah. Yehoshua who served you should serve the Jewish nation.”

The Malbim explains that a fig tree must be guarded because its fruit doesn’t all ripen at once. One must continually check the tree to pick the newly ripened figs. So, too, says the Malbim, Torah wisdom must be sought constantly.

A person must seek Torah like Yehoshua who “did not depart from the tent.” He came to Moshe’s tent early in the morning and left late at night. He set up the chairs, spread out the carpets, and was selflessly dedicated to serving Moshe Rabbeinu. In this merit, he deserved to be appointed a leader of Klal Yisrael.

Moshe was commanded: “Take Yehoshua, a man in whom there is spirit, and lay your hands on him…and place upon him some of your majesty in order that the Jewish nation will listen” (Bamidbar 27:18). The Medrash tells us that the elders of the generation were ashamed that Moshe’s face shone like the sun while Yehoshua’s face only shone like the moon.

Why were they ashamed, though? We know that there was never another prophet like Moshe, as per the words of one of the 13 Ani Maamins: “I believe with complete faith that the prophecy of Moshe was true, and that he was the father of the prophets.” Obviously, Yehoshua could not be exactly like Moshe.

Rav Dovid Braverman cites the Rashba, who explains that the elders were ashamed that their generation was on a lower spiritual level. The Toras Chaim says they complained that since Yehoshua was not on the same spiritual level as Moshe, he was only able to receive “some” of Moshe’s majesty, not all of it (as the Torah tells us), and therefore he wasn’t able to lead the nation like Moshe had.

The Ri Megash and the Shita Mekubetzes attribute the humiliation to Yehoshua who was ashamed that his face’s brightness didn’t compare to that of Moshe’s face. Rabbeinu Bechaye points out that the moon doesn’t have its own light; it reflects the light of the sun. The embarrassment was over Yehoshua not being on Moshe Rabbeinu’s level.

The gaon HaRav Shteinman notes that not everyone who straightens out chairs and cleans the beis medrash merits becoming a leader. But since Yehoshua humbled himself with purity of heart for the sake of Heaven, and engaged in the menial tasks of setting up chairs and preparing the beis medrash for others to ensure the growth of Torah, he earned the leadership of Klal Yisrael.

HaGaon HaRav Elyashiv writes that Moshe’s children were certainly Torah scholars, but they didn’t teach Torah to others. That’s what the medrash means to imply with the words: “[they] sat by themselves and were not occupied with Torah.” Yehoshua, on the other hand, troubled himself to make sure disciples were provided with a conducive environment to learn Torah.

The elders, like Moshe’s children, did not involve others in Torah study. They were ashamed when they realized their shortcomings and grasped what Yehoshua had achieved by being involved with the community and concerned about others’ Torah study.

To be a leader of Klal Yisrael, a person must be concerned with the needs of the community. He must be affected by the community’s successes and struggles and be willing to sacrifice on their behalf.

Artzik answered in the negative, claiming he and Torah were very distant from each other.

“Nevertheless,” said the Chofetz Chaim, “perhaps you’d like to hear an interesting thought.”

Artzik said fine, and the Chofetz Chaim then said, “When Hashem created Gan Eden, He planted the Tree of Life in the middle of the garden. Why in the middle? Why not on the side? It was placed in the middle so that everyone – each corresponding to his abilities and potential – could reach the Tree of Life. One person could reach it with Torah, another with yiras Shamayim, and yet another – like yourself – with a good heart through good deeds.”

The Chofetz Chaim then said, “The students of the yeshiva are crying from hunger. If you provide them with a little food, you will acquire your world.”

Bidding farewell to each other, they then parted ways.

Later that night, after Havdalah, wagons filled with desperately-needed food staples arrived at the yeshiva. 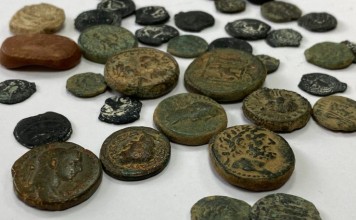 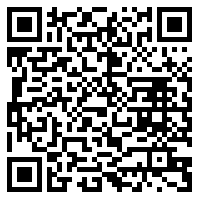