With over 125,000 participants – men and women from a broad range of hashkafot – the international pre-Shavous Vayichan program may have been one of the largest virtual Torah-learning programs ever held.

An initiative of Yeshivat HaKotel, a hesder yeshiva in the Old City, the program set out to unite religious Jews of different circles and featured over 80 roshei yeshivot, chief rabbis, rebbetzins, and educators from seven different countries. Amazingly, the entire event was planned in just four weeks.


The program wasn’t the first unifying endeavor of Rav Reuven Taragin, dean of overseas students at Yeshivat HaKotel, educational director of The World Mizrachi Movement, and the mastermind behind Vayichan. For years, Yeshivat HaKotel has been running annual community learning programs in the Five Towns as part of the Yeshivat HaKotel Education Conference that he founded.

Rav Taragin said the philosophy of the community learning programs is “similar to that of the Vayichan program: we wanted to bring different community leaders, parents, children, etc. together to learn together to strengthen achdus.” These annual programs also feature a wide range and impressive list of speakers.

“To make achdus in your own community is hard enough, but Rav Taragin tries to make achdus between communities by bringing different people to learn together and appreciate each other,” said Rav Hanoch Teller, a world-renowned speaker, educator, and rebbe in HaKotel.

Rav Taragin also initiated an annual Hoshana Rabba mishmar program in HaKotel; many talmidim are not in yeshiva on this day, so the program invites rebbeim and talmidim from a wide range of yeshivot to learn together in HaKotel. “This tremendous Hoshana Rabba event already laid the foundation for the Vayichan program years ago…. Rav Taragin is truly the great unifier, always thinking of ways to bring people together,” said Rav Teller.

This year when organizing in-person programs wasn’t possible, Rav Taragin seized the moment to develop a larger vision: run the same program on an international scale. “We wanted to bring [the different hashkafic] worlds together for kabbalat haTorah,” he said.

Thus the genesis of the Vayichan program on Rosh Chodesh Sivan. Following its scuccess, he organized a similar one: an all-night learning mishmar program the night before Shavous. Each program contained an impressive slate of speakers from a wide range of ideologies in the frum world: yeshivish, Sephardi, Modern Orthodox, chassidic, and more. Rabbi Taragin is now putting together a pre-Tisha B’Av program on July 26 with Ahavas Yisrael as its theme.

The process of putting the program together was “similar to how an organization runs,” said Jordan Lustman, a fifth-year HaKotel student living in Israel and coordinator of volunteers for the program.

“You need a great general for an endeavor like this, and Rav Taragin is the best general. He is a master at setting a plan, delegating, checking in on progress and knowing who is the best for the job,” said Rav Teller.

Initially, HaKotel alumni and talmidim volunteered to help – as did seminary students who remained in Israel instead of returning to America as the pandemic broke out. After the Rosh Chodesh program, the ranks were strengthened by inspired particpants volunteered their services.

“Rav Taragin is the best at boiling down everything that needs to be done into specific tasks, dividing up the work and knowing who has the strengths to do what job,” said Lustman. “Rav Taragin knew or found out who was tech-savvy, who could develop the website, who knew this or that speaker or what connected to a certain community, and reached out to these people.”

“There were volunteers for so many behind-the-scenes tasks: creating the posters, spreading the words to WhatsApp groups, creating the promotional videos, developing the website, making sure each speaker who didn’t have a computer was able to call in or be videoed in some way, and more.”

Lustman said hours of work went into practicing and ensuring that the Zoom rooms were set up correctly. Additionally, many meetings were held to go over everyone’s roles and constant discussions were had to make sure many communities were represented.”

How did Vayichan sign up such a wide range of speakers? Essentially, networking. Rav Taragin reached out to many rabbanim he had worked with in the past and those he knew through the Mizrachi organization. Other rebbeim like Rav Teller, Rabbi Daniel Fine, Rabbi Jonathan Caller, Rabbi Michoel Green, Rabbi Ariel Shoshan, Rabbi Gidon Shoshan, and Rabbi Gil Student assisted in contacting a wide range of leaders from different communities.

“It’s somewhat easier to reach well-known rebbeim and speakers who utilize Internet, e-mail, WhatsApp,” said Rav Teller. “It was significantly more difficult to reach these rebbeim in communities where they do not utilize these modes of communication. … You have to know the right people and find a direct connection.”

The next was spreading the word, and for that Rav Taragin enlisted the help of such organizations as the Orthodox Union in the U.S, Aleinu in England, the Office of the South African Chief Rabbi, Aish Latin America in South America, and World Mizrachi in Israel.

Word spread through social media, shuls, schools, organizations, and word of mouth. “When people see something that speaks to them, they forward it and speak about it to their family and friends – and this program spoke to people not only because of the number of speakers, but because of the uniting factor that came from having people that ranged the breadth of communities geographically and hashkafically,” said Rav Taragin.

“One medium that we tried to utilize was news websites in different communities,” said Lustman. “Although people may not use WhatsApp, relatively all people read the news that is going on in their individual communities.”

For example, Lustman said, many yeshivish people saw the Vayichan promotional video in which Rav Chaim Kanievsky appears; this video was posted on Yeshiva World News and other right-wing news websites.

“The fact is that if a big rav in your community puts out a message, you’ll probably know or find out about it,” he said. “For example in the YU community, if Rav Shachter is speaking somewhere at some time, you’d know about it.”

There were certainly challenges along the way. “When you are doing a program on such a large scale, there is always crisis control that needs to be done,”said Rav Teller. “You’re getting so many gedolim and mechanchim, and some drop out, some may not know how to use the video camera or aren’t tech savvy, and so then you have to find an individual to help them.”

But “Rav Taragin doesn’t take no,” said Rav Teller. “He’ll just try to think of another way to make something happen.” For example, one speaker gave his shiur while driving: “I imagine what happened,” said Rav Teller, “was that this rav said to Rav Taragin, ‘I would love to participate, but I don’t have the time.’ And Rav Taragin may have said, ‘No problem, we’ll get someone to film you.’ He doesn’t take no. He’ll supplement and accommodate.”

Rav Taragin is proud of the fact that Vayichan isn’t a fundraiser, and all speakers speak pro bono. “I had fundraising organizations contact me and say, you could raise so much money through this program, you have the top speakers from so many different communities.” But Rav Taragin doesn’t want to distract from the purpose of the program, whose essence is joining members of Klal Yisrael together.

The July 26 pre-Tisha B’Av program will begin live (New York City time) at 10:00 a.m. and end at 3:00 p.m. The program is for both men and women and will include both Hebrew and English speakers. It will also include 10 virtual tours of holy sites such as the Beit HaMikdash.

“This is the silver lining of corona – a program where the world, struggling, can come together,” said Rav Taragin. “We have to choose to focus on the common denominator between us. That’s why there’s been so much excitement about this program – because it allows us to see ourselves as a connected people despite differences.” 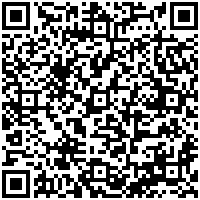