Lucy Aharish, an Israeli-Arab news anchor, delivers the evening edition at i24news, then hosts a morning current-affairs show on Channel 2. You may have seen her as a Palestinian woman in the film adaptation of World War Z, starring Brad Pitt. She is well liked in Israel, a kind of icon of what Israelis have been longing for in their Arab neighbors—so much so that in April 2015, Aharish was one of twelve Israeli personalities chosen to light torches in the official ceremony kicking off Israel’s 67th Independence Day celebrations.

One of her most famous quotes went: “We have other things to get over besides the occupation and discrimination. We are fighters and don’t give in. If you don’t open the door for me, I will come in through the window, and if it is closed, then down the chimney. We were too polite, but we learned Israeli chutzpah. It’s easy to humiliate an Arab who kowtows, but when that person says ‘Listen, pal, tone it down, don’t talk to me like that,’ you arrive at a dialogue.”‘


Ha’aretz, that bastion of Israeli left-wing comme il faut, used to adore her, and hailed her choice as torch lighter (No Apologies: Lucy Aharish Is Honored to Be Both Arab and Israeli on Independence Day), because she is such a proud and hip representative of the new age Israeli-Arab.

However, Pundit Gidon Levi, Ha’aretz’s resident Lord Haw-Haw in a keffiyeh, was not impressed at the time, and ran a piece titled “Lucy Aharish – Good Arab,” as in Lucy Aharish – Uncle Tom, scolding her for lighting a torch on Mount Herzl, which is not far from the ruins of Deir Yassin, the separation wall and the Aida refugee camp.

Last week, when Lucy Aharish denounced the wave of Arab terrorism and criticized both the Israeli-Arab and Palestinian leadership for promoting it, Ha’aretz, a staunch enemy of everything Netanyahu, has begun to target her, slamming her with the sarcasm and scorn normally reserved for right-wing Jews.

Military pundit Jacki Khoury called Nazareth mayor Ali Salem, who shamed the militantly anti-Israeli leader of the Joint Arab List on Television, and Lucy Aharish of being the “good Arabs,” another Uncle Tom jab. “Salem and Ahrish have become the joker the media pull to attack the Arab MKs and other voices they define as extremist,” Khoury wrote on Oct. 18.

Rogel Alper wrote, in a degrading manner that only a true leftist can use and not realize how little they think of their subject: “Let me say it immediately, if Aharish were to speak differently, she would not have a job on Channel 2. If she spoke differently, no one would have let her host a current affairs program on Channel 2. Its not as if Aharish has a choice. The freedom of expression granted her offers no room for maneuverability. If Aharish ever undergoes a process of self discovery and disillusionment … and start to voice nationalist and militant Palestinian opinions — they’ll fire her on the spot.”

Two essential world views emanate from the above racist hatchet job: 1. Aharish is only getting ahead on the strength of her collaboration with her bosses, the Zionist media moguls, not her talent, personality, education or drive, and, 2. The only proper world view for an Israeli Arab, to be attained after much self discovery and disillusionment is Palestinian militancy.

Lucy Aharish—and Ali Salem—are not collaborators, they are proud Arabs who understand that in a Western democracy where they belong to an ethnic minority, they can go far by using their human rights and civil rights, as equal citizens; and at the same time they accept that they cannot exercise their national rights in the Jewish state. Both of them are deadly realistic about the roles they play in society, as Arabs and as Israelis, and both have been promoting a pragmatic, sane, and useful program of success in a Western democracy. Their success is a threat to the perpetually retreating ranks of Israel’s left, because the new Israeli Arab celebrities have no use for Ha’aretz or for the left’s support rallies. They have arrived, on their own. 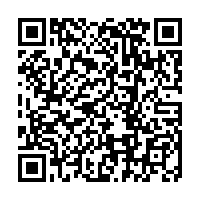