Our sages state that it’s a mitzvah on Chanukah to publicize the miracle of the oil by placing our menoros on the left side of the doorway, opposite the mezuzah. But why is this arrangement specifically mandated for Chanukah and not for any other Yom Tov? We don’t read the megillah in the doorway or conduct a Seder there?

The Midrash Maaseh Chanukah provides an answer by relating that among the decrees of the Greeks was one forbidding Jews from closing the doors to their homes under penalty of death. Obviously, an open front door meant any sense of privacy was eliminated. Moreover, it symbolized openness to acculturation, assimilation, and all the foreign influences of the street, which leads to the destruction of the sanctity of the Jewish home.


In his introduction to the laws of Chanukah, the Rambam writes that the Greek kingdom forbade the Jewish people from observing the Torah and its commandments, and they “extended their hands against their daughters [to defile them] and their money.” The Sages tell us of the Greeks’ evil intentions with regard to our young women, but how did they rob us of our money?

They did so by trying to undermine and corrupt our hashkafah with regard to making a livelihood. Contrary to the Jewish tenet that a person’s livelihood is allocated to him by G-d, the Greeks argued that intellectual pursuits are necessary to earn a living. Thus, the Greeks aspired to profane the property of the Jewish people by subverting their faith in Hashem and His ability to provide sustenance.

The Rambam tells us (Hilchos De’os 6:1), “It is the way of man to be influenced by his friends and associates and to follow the standards of his milieu.” If so, how does Hashem expect His people to remain unaffected and resist the corruption and impurity of our exile?

The Torah tells us (Bamidbar 23:9) that the Jewish nation “dwells in solitude.” And, indeed, we have dwelled alone throughout our history. Avraham Avinu was called “Avraham HaIvri” (Bereishis 14:13), which translates literally as “the one who stands on the other side.” The entire world stood on one side while he stood alone on the other side teaching monotheism.

Likewise, the Medrash tells us that the Jewish nation remained unique from the Egyptians, retaining their own names, language, and dress. It is this distinction – our adherence to Judaism – that defines the Jew.

We learn in the Mishnah (Middos 2:3) that within the Temple Mount there was a soreg with 13 breaches made by the kings of Greece. When the breaches were repaired, it was enacted that 13 prostrations should be made facing them to demonstrate our submission to the creator of the world.

The function of the soreg was to create a partition between the Jewish nation and the other nations of the world. The Talmud (Chullin 13b) tells us that non-Jews also brought sacrifices to the Beis HaMikdash. However, they could only come up to the soreg. Their sacrifice would then be taken by a messenger to be offered on the altar by the kohanim. When the Greeks were prohibited from going any further on the Temple Mount, they were incensed and made those 13 breaches in the soreg.

During World War II, hundreds of women were imprisoned in the concentration camp of Breslau-Hundsfeld. As Chanukah approached, the women risked their lives to prepare the necessary components for a menorah. They pulled loose threads from their clothing to make wicks and drained drops of oil from the machinery in the camp to light it.

On the first night of Chanukah, a young girl named Leah Newman lit the menorah and everyone sang Ma’oz Tzur, trying to recall happier times in the comfort and safety of their own homes.

Everything went well the first four nights, but on the fifth night disaster struck. The sirens in the camp went off, and all the lights went out. In the pitch dark, the flickering flames were clearly seen, and the SS guards came running, certain that a coded message was being sent to the enemy planes that often flew overhead at night.

When the door was flung open by one of the guards, Leah Newman was certain her end was near.

Leah’s response seemed to tumble out of her mouth of its own accord. With no thought to what she was saying, she responded honestly that she was celebrating a holiday commemorating the Maccabees who kept the forces of assimilation from destroying the Jewish nation.

Without a word, the SS officer turned around and, strangely, left. No punishment at all was meted out. In fact, from that day forward, the SS officer would always try to bring a little extra food to the girls in the camp. The extra food might actually have been what saved many of the emaciated souls from dying of starvation. It was a Chanukah miracle that was perhaps greater than the original.

I wish all our readers, and all of Klal Yisrael, a festive and joyous Chanukah. 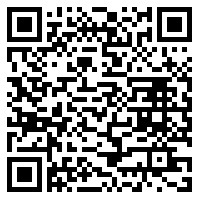