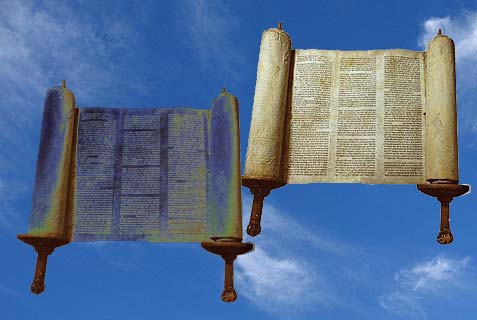 Mention arayot, the sexual relationships punishable by karet or death, and people today are likely to jump to politicized ones, versions of sexuality Western culture has recently decided should be allowed or celebrated. To me, a more basic version of sexually problematic behavior shows where many of us have absorbed a sexual ethic at odds with the one in the Torah.

Consider adultery. Increasingly, many people are sanguine about it as long as the partners to the marriage agree between or among themselves. Others object, oppose, or disapprove, but with what level of passion? Because the Torah, after all, prescribes death, regardless of what the spouses think (in a responsum famous for its premise—a woman believed the prophet Elijah told her to sleep with him—R. Yaakov Ettlinger made clear the husband’s acquiescence to a wife’s affair does nothing to mitigate the situation).


Death! How many people do you know, Jewish or not, observant or not, who think adultery deserves death?

Some part of the disparity, I think, stems from how we view death as opposed to how the Torah viewed it, a topic I leave for another time.  Focus instead on the centrality of arayot to Jewishness, as the parashiyot try to teach us.

In a practical sense, in other words, Judaism views adultery (the example of arayot best highlights the disconnect between the morality of Western culture and of the Torah) as equivalent to worshiping a foreign god or killing someone unjustifiably.

More, Aharei Mot and Kedoshim warn of exile as the consequence of ignoring these rules. I use the word consequence because the text speaks of the land of Israel spewing out those who violate these laws, ka’asher ka’ah, as it has spit out the nations that resided there until this point. We might explain the verse as speaking metaphysically, since it attributes will and intent to an ostensibly inanimate Land, except Ramban does not see it that way. He thinks the Land is itself sensitive to these kinds of iniquity, the verse means the Land will literally vomit out those who commit sexual sins.

Now, consider the numbers on adultery. A 2014 article thought at least a fifth of married American women will have an extramarital affair (with much higher numbers in Europe). A fifth!

As I read Aharei Mot-Kedoshim each year, I wonder about what it does to us as Jews to live in a world whose morality is so clearly at odds with the Torah’s. How well do we manage to block out the world’s unconcern with proper sexuality, its treating arayot, including but not limited to adultery, as a matter of personal taste or an unfortunate but not deeply immoral misstep? Do we remember what we are supposed to think, how we are supposed to react, or do we let ourselves be swayed by what we see and hear from those around us?

It’s not a small matter, is my point, it’s not a nit-picking stringency buried in an out of the way paragraph. The Torah—twice, both of which we read this week—wants us to know that the importance of protecting the sanctity of marriage and of sex, wants us to know it is an indispensable pillar of our observance, not to be violated even at the risk of death, a crucial element to our national residence in Israel.

And a place to maintain our sense of separateness from the nations around us.