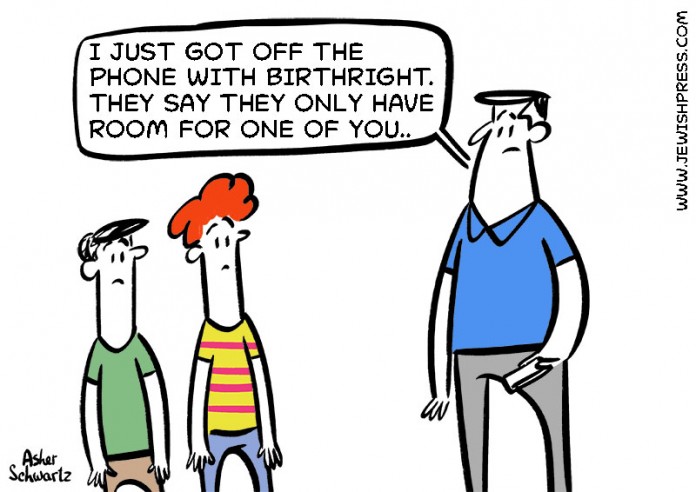 The subconscious realization that the nation of Israel is ascending to become mankind’s dominant moral light compels Western civilization to try limiting the size and strength of the Jewish state.

After two decades of marriage to Yitzḥak, Rivka’s womb is finally opened as HaShem blesses the couple with children. There is, however, something irregular about her pregnancy.


“The children agitated within her, and she said, ‘If so, why am I thus?’ And she went to inquire of HaShem. And HaShem said to her: ‘Two nations are in your womb; two regimes from your insides shall be separated; the might shall pass from one regime to the other, and the elder shall serve the younger.’” (B’reishit 25:22-23)

The Maharal of Prague teaches in his Gur Aryeh commentary that the struggle in Rivka’s womb between Yaakov and Esav was not at all influenced by their personal inclinations of good and evil, as these inclinations could not yet exist before birth. Rather, Yaakov and Esav represent cosmic forces in Creation – forces that transcend the normal course of personality development and existed within them even while in their mother’s womb.

Rivka, anxious that the struggle inside her could have resulted from some iniquity on her part, went to Shem (son of Noaḥ) in order to inquire of the Kadosh Barukh Hu. Through Shem, she is informed that her unborn sons represent not only two nations, but also two conflicting ideologies – Israel and Edom – and that the struggle in the womb was the irreconcilable conflict already raging between them.

Our Sages explain (Megilla 6a) that Israel and Edom cannot be simultaneously dominant on the world stage. When one civilization rises the other must fall. History has shown that not only the nations but also their cultures and values have forever been in conflict. And ultimately one will succeed in eclipsing the other.

During the early Hebrew kingdoms, when Israel was counted as a major world power, Esav’s offspring were of no major significance to mankind’s political or cultural developments (they were even subjugated under the Israeli kingdom for many years). It was not until the second Temple period that Esav’s Roman descendants appeared on the scene as central players. Rome exerted political influence over Israel, invaded our country, destroyed our Temple, put down countless Judean revolts (albeit with great difficulty), exiled us from our soil and even sought to abolish the Hebrew character of our country.

Since that time, Rome has succeeded in dominating much of the world with its culture, value system and pagan notions of morality.

To fully grasp the eternal conflict between Rivka’s sons, it is necessary to examine the conceptual essence of Edom – how it developed through time and how it clashes with Israel’s Divine Torah culture.

The essence of Esav is to appear righteous on the outside while being internally loathsome (much like a pig that boasts external signs of kashrut yet lacks the internal requirements of cleanliness). The Roman Empire, Christianity and the modern West all stem from Esav’s impure source. From the time the Roman Empire adopted Christianity, this oppressive dogma was imposed throughout the world, eventually becoming the foundation for what is now Western civilization.

Beginning as a breakaway Hebrew sect, Christianity grew in influence within Roman society and ultimately dominated much of the globe. Through powerful vehicles like the Roman Legion and later the Crusades, this poisoned doctrine spread far and wide as an efficient means of social control.

By abandoning the mitzvot of our Torah and Israel’s understanding of Creation’s purpose, Christianity enshrouded the world in a seemingly legitimate offshoot of idol worship that denied meaning to humanity’s historic adventure and conditioned people to seek personal salvation through individual “faith” divorced from larger events.

While superficially mimicking the Torah’s universal values, Christianity actually led the world away from a true connection to the Kadosh Barukh Hu. Under a guise of false righteousness, this man-made religion demanded an unnatural level of piety, repressing man’s basest character traits while breeding a culture of guilt and forbidden desires that built up within Western civilization until finally exploding into cataclysmic world wars.

Ultimately recognizing the illogicality of Christian beliefs while inwardly sensing his estrangement from HaShem, modern man came to reject the Church and its teachings. Religion became viewed as a prison from which humanity must escape. In seeking freedom from the oppressive chains of Christianity, society leaped to an opposite extreme. Europeans revolted against the Church’s dominion and the culture of Esav was given new expression.

Maintaining Christianity’s moral foundations and negation of humankind’s historic mission, the European Enlightenment and its ideological derivatives became the next incarnation of “Edomism” in the world. But because Christianity had for centuries stifled Europe’s life force, base traits and suppressed rages festered without any access to healthy outlets. Like a volcano, they burst forth in the form of devastating global conflicts, granting release to ancient pent-up aggression.

Enlightened civilization was exposed as a mask that had concealed the same primitive passions and murderous impulses that hallmarked ancient Rome. No enduring moral progress had been achieved. Two catastrophic wars erupted out of Europe and scorched the entire globe with the slaughter of millions.

The Edomite worldview grew powerful and expanded its influence on the world, first through Roman imperialism and then through the vehicle of Christian theology. The modern West, although largely hostile to the Church, is rooted in a value system and ideological paradigm that sprang from Christian dogma. In separating mankind from a healthy connection to HaShem, Christianity remains the core foundation of Western civilization.

The ideology of Esav – in all of its various forms – has unquestionably been the greatest cultural influence of the past two thousand years, laying the basic framework for Western morality. While professing to be an enlightened civilization, modern society is still rampant with the profane values of Edom. Rather than refining and uplifting man’s traits, Western civilization leaves him in a primitive state. The greed and exploitation encouraged by capitalism’s incentive structure, along with the devastating wars of the previous century, underscore Edom’s failure to lift man out of his deep moral prison.

But hope exists for humankind. After a long and bitter exile from our land, the nation of Israel has begun to experience a miraculous rebirth. Returning to take possession of our country, fostering agricultural achievements on seemingly impossible soil, winning miraculous victories in war and reviving our ancient language to everyday use, the Jewish people are experiencing a full national renaissance. While the material accomplishments continue to push forward, the Torah character of our state is beginning to take root and flourish beneath the surface of Israeli society. The Jewish people are slowly separating from the contaminated value system of Edom and returning to our authentic Hebrew worldview.

Israel’s national resurgence is troubling for Esav’s spiritual descendants. World leaders instinctively feel the threat of Israel’s renaissance. The subconscious realization that Israel is ascending to become the dominant moral light in the world compels the international community to try limiting the size and strength of the Jewish state. While pressuring Jerusalem to surrender portions of the Jewish homeland and lending support to regional forces committed to Israel’s destruction, the West bombards our society with its glorified hedonism and consumerist spirit in a distracting attempt to lull the Hebrew nation into complacency and submission.

The disproportionate focus of world media attention on Israel, along with attempts by Western leaders to separate us from the cradle of Hebrew civilization, are merely tools employed by Edom to prevent the Jewish people’s full national rebirth and the moral revolution we aim to bring to mankind.

Rivka was told that “The might shall pass from one regime to the other, and the elder shall serve the younger” (B’reishit 25:23). The cosmic force of Yaakov will eclipse that of Esav. The salvation of HaShem is destined to reach mankind through the Hebrew revolution advancing in our day. The decline of Edom’s power will bring harmony to the world as humanity is liberated from an ideology that promotes the worst aspects of human behavior.

As the redemption process continues to unfold and Israel rises to the challenges confronting our people, our Divine Torah culture will be bestowed upon man, bringing all of Creation to unparalleled blessing. 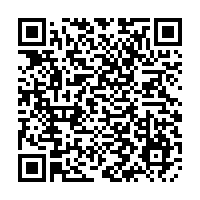