Pesach has faded into the past and Shavuot is many weeks off in the future. This means that we are now in the month of Iyar. As always, Chazal dropped numerous hints to help us discover the specific area in which we must grow during this time of year. The challenge is on, let’s see if we can surmount it.

As we know, each month is aligned with a particular tribe and letter. The commentators match Iyar up with the tribe of Yissachar and the letter vav. The latter simply needs an explanation of sorts, while the former is befuddling to the point of obscurity. Our confusion stems from the understanding that Yissachar is well known as a scholarly tribe. This is seen clearly from Rashi in Vayechi (49, 15), where he describes Yissachar as the one who “bends his shoulder to bear the yoke of Torah… to provide practical halachic decisions for Israel.” Shouldn’t the tribe of Torah be aligned with Sivan, the month in which we receive the Torah (on Shavuot)? Why is Yissachar matched up with Iyar, the month before matan Torah?


Let’s ask another question. During this time of year the Torah requires us to count the days from Pesach leading up to Shavuot. We are all familiar with the idea of preparing for matan Torah, but in which way does counting the days help us become worthy of receiving the Torah? This question is even stronger when one realizes that if he misses a single day, he may no longer continue counting. Why is there such a strict penalty attached to this mitzvah? The halacha sefarim explain that all 49 “countings” are considered one long, 49-part commandment, so missing one night negates your ability to complete the mitzvah. Why did Hashem set it up this way?

In order to answer these questions, let’s take a detour to analyze one final observance of this time of year, the restrictions of Sefira. As we know, R’ Akiva had 24,000 students who perished in a plague between Pesach and Shavuot. The Sages subsequently enacted a series of restrictions (forbidding weddings, shaving, music, etc.) during this time period in order to encourage us to focus and work on a particular area of improvement. Since Judaism doesn’t believe in coincidences, it is eminently logical to conclude that the students died specifically during this time period for a particular reason. That is to say, that not only must there have been a Divine reason why they deserved to die, but also that the reason relates to this time of year. Ergo, when we discover their sin, we will also discover an essential avodah specific to the month of Iyar.

The Talmud (Yevamos 62b) explains that R’ Akiva’s students died because they didn’t treat each other with the proper amount of respect and honor. Now these men were great Torah giants, and their sin could not have possibly been any more than a minute infraction, discernable only by the Almighty. However, minute as it may have been, we are still permitted to wonder what made it such a crime. Was it not enough that they studied Hashem’s holy Torah day and night? What was so egregious about this mistake that caused these students to lose the right to carry the Torah over to the next generation?

The answer to this question can be found by gaining a more profound understanding of the Torah’s purpose. The Torah is not simply meant to be studied. The Torah is meant to be fulfilled. When Moshe went up to Heaven to get the Torah, the angels complained to G-d that they wanted to keep the Torah for themselves. Upon being commanded to respond, Moshe challenged the angels saying “Do you have parents to honor or a yetzer hora that incites you to covet?” We see from here that Hashem does not grant the Torah to anyone other than to those who wish to fulfill it. A similar point is implicit in the Sifri (Devarim 343) which describes how Hashem offered the Torah to the nations of the world. It is worthwhile to note that when the nations responded that they did not want to fulfill it, Hashem did not respond “So don’t bother fulfilling it; just take it and study it!” Apparently, Hashem doesn’t just want the Torah to be studied, he wants it to be fulfilled as well.

The Sensitivity Of A Tzaddik 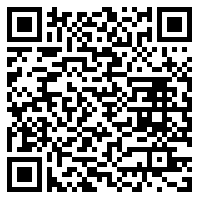