Jewish American filmmaker William Friedkin, 80, who directed the truly terrifying 1973 horror movie “The Exorcist,” this week told an audience at the Cannes film festival that he was invited by the Vatican’s chief exorcist to film a real exorcism earlier this month, AFP and The Local reported.

“The Exorcist,” named the scariest film of all time by multiple critics, including Roger Ebert  and Stanley Kauffmann, became one of the highest-earning films of all time, grossing more than $441 million worldwide, and was the first horror film to be nominated for the Academy Award for Best Picture.


Friedkin, who was born in August 1935 in Chicago, Illinois, the son of Jewish immigrants from Ukraine, told the Cannes audience at a late night masterclass, “I was invited by the Vatican exorcist to shoot and video an actual exorcism which… few people have ever seen and which nobody has ever photographed,” and, he insisted, was very similar to his own film. “I was pretty astonished by that. I don’t think I will ever be the same having seen this astonishing thing. I am not talking about some cult, I am talking about an exorcism by the Catholic Church in Rome,” he said.

The late Rabbi Elyah Lopian, one of the leaders of the Mussar Movement in late 19th century eastern Europe, related to his students that Rabbi Israel Meir Kagan, the Chofetz Chaim, sent ten of his students in Radin, Poland, to exorcise a dybbuk from a woman. Rabbi Elhanan Wasserman would repeat the story every Purim. If you’re seeking confirmation of the fact that great Orthodox rabbis also performed exorcism, kindly check A Dybbuk Story. 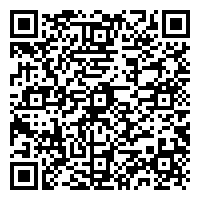