Last week we mentioned the unusual phenomenon in Aleinu: The first seven words in a row all contain the letter lammed. Upon further investigation, I discovered that in Ahavah Rabbah (the second bracha of Krias Shema in the morning) there are nine words in a row that contain a lamed: “V’sein b’libeinu l’havin u’lhaskil, lishmoa, lilmod ul’lameid, lishmor v’la-asos u’likaiyem – And put in our hearts to understand and be intelligent, to listen, to learn and to teach, to guard to do and to uphold.” Interestingly enough, in nusach Sfard there are nine lammeds but they insert the word binah, so it’s, “Binah l’havin – Grant us intuition to understand,” the word binah cutting off the chain. But in nusach Ashkanaz, it’s a full nine lammeds in a row.

I would like to conjecture that in this fervent prayer where we beseech Hashem to listen and to understand, to learn and to teach His Torah, we remember the fact that each of us already learned the entire Torah from a malach during the nine months that we were in the womb. The Chasam Sofer, zt”l, zy”a, puzzles over a line in the final song that we sing at the end of the Haggadah: Tisha mi yodei’ah, Who knows nine, and the song answers, “Tisha yarchei leida – nine are the months of gestation.” Wonders the Chasam Sofer, after teaching us that Two is the luchos, Three is the patriarchs, Four is the matriarchs, Five is the Chumash, Six is the Mishna, Seven is the Shabbos, and Eight is the milah, Nine are the months of labor doesn’t sound like a treasure. After all, nine months of nausea and morning sickness doesn’t sound like a valued gift nor does it sound uniquely Jewish like the previously mentioned numbers.

Answers the Chasam Sofer that the nine months of gestation refers to the Gemara in Niddah that informs us that while a person is in the mother’s womb, a malach teaches them the entire Torah. And, although he strikes him over the lip afterwards and he forgets it, it remains in his potential to be recovered with Torah diligence throughout his lifetime. As the pasuk testifies, “Mayim amukim eitzah b’leiv, ish v’ish tevunos yidlenah – Deep waters are the counsel in man’s heart and the man of wisdom will draw from it.” This might be what the nine consecutive lammeds refer to, for the letter lammed means to learn, and it’s referencing those nine months in a row when we learned the entirety of Torah in utero.

I always believe that this was one of the reasons why Rav Meir Shapiro, zt”l, zy”a, believed that every man was capable of learning the entire Shas. The idea of Daf HaYomi for the masses was very daring and an extreme departure from the norm. In the past, there was the Ein Yakov shiur where people regularly studied the easy homiletic portions of Shas. There were Tehillim zagers, who sat for hours and said Tehillim. Then, there were those who learned Mishnayos. Others dedicated themselves to the study of the Yeshivishe Masechtos, a collection of eight to ten tractates. But Rav Meir Shapiro pioneered that everyone can aspire and indeed achieve to study several times the entirety of Shas. Perhaps he arrived at this novelty since all of us already learned the entirety of Shas and have it in our subconscious from the beginning of our formation.

The proof is in the pudding for, as we speak, tens of thousands of people from all walks of life have finished and many have mastered masechtas such as Kerisos and Bechoros, Eruvin and Niddah, tractates that not so long ago were only attempted by very great talmidei chachamim. And just now, the Daf Yomi cycle has concluded in its entirety the extremely challenging masechta of Yevamos and is just starting Kesubos, otherwise known as Shas Katan. If you’ve never tried it, you should consider joining the ranks of Daf Yomi, for it is the sure way to have a plan to go to the Next World with all of Shas in your hand. 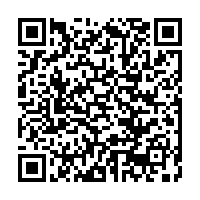