When you think of a great rabbinical work of responsa, usually famous rabbis of major cities come to mind. This week, though, I acquired a sefer of responsa by a mostly forgotten great rabbi in a remote community.

The title of this work is Minchat Ahron, and it was published in 1941 in Montevideo, Uruguay, where the author, Rabbi Ahron Milevsky, served as chief rabbi. The author was European-born and learned in the great yeshivos in the Old World, and the teshuvot in the sefer contain many original questions and dilemmas. 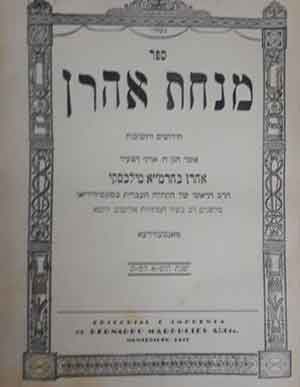 The Montevideo community was founded in the early 1900s by Jewish immigrants from the Middle East who were soon joined by Jews fleeing persecution in Europe. One responsum in the book discusses the correct spelling of “Montevideo” in gittin, with the author concluding that the spelling of the city used by the Syrian Jews who immigrated to the city first should be used.

In several responsa, he discusses conversions for the sake of marriage. He writes that nowadays it’s well known that anyone who converts to marry a Jew doesn’t accept upon himself any of the mitzvos, even the most important ones. He’s inclined to believe that these conversions aren’t conversions at all and such “converts” are gentiles.

He also discusses whether one may perform a bris on children whose father is Jewish but whose mother is not.

In another responsum, he discusses the permissibility of people starting a new cemetery when there already is an old established Jewish cemetery. He describes the group wanting a new cemetery as immigrants from Germany and remarks that they were motivated by snobbishness and racists beliefs, which they got from their gentile neighbors.

All in all, the sefer is an excellent source to understanding the life of the few Jews who made Uruguay their home during this horrific period in Jewish history when many of their family members were being murdered back in Europe. 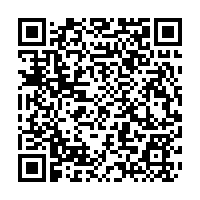