The Medrash relates that when the procession arrived at Me’aras HaMachpeilah with the body of Yaakov Avinu, Esav suddenly appeared with all his men claiming that the burial site was his. Yosef reminded Esav that 25 years earlier Yaakov Avinu had paid him for the plot. To verify the transaction, Yosef sent Naftali back to Mitzrayim to retrieve the document of the transaction.

As the cortege waited for his return, Chushim, the deaf son of Dan, asked why it was taking so long to bury Yaakov. When the situation was explained to him, he grew angry. How could they leave Yaakov lying on the ground shamefully unburied? Chushim decided to act. He approached Esav and severed his head, which rolled into Me’aras HaMachpeilah. His body was later buried in Har Se’ir.

HaGaon Rav Aharon Kotler explains why Esav’s head was buried in one place and his body in another. He notes that the head is the repository of knowledge, wisdom, and intellect. Esav’s spiritual capacity was equal to that of the avos, so his head was buried in Me’aras HaMachpeilah. Esav’s body, however, was filled with evil and desires. Since it did not conform to the spiritual potential he possessed, it was buried in Har Se’ir.

Rabbi Nissim Yagen notes that Esav, according to Chazal, was destined to be one of the avos, along with Avraham, Yitzchak and Yaakov, but he did not merit to fulfill this destiny. A son of Yitzchak and a grandson of Avraham, Esav selected one mitzvah – kibbud av v’eim – and fervently fulfilled it. He would don a special garment, which he never used otherwise, specifically when honoring his parents. But his downfall was choosing to only fulfill this one mitzvah.

The Medrash tells us that when Yaakov fled the House of Lavan, he was met by 600,000 angels. How many people merit an encounter with even one angel? Yaakov sent all these angels to Esav to appease him, who received them without fear. He saw the angels and spoke to them, yet indifferently ignored the message of peace they brought with them.

The fire of truth burned brightly before Esav, but he was headstrong, and he obstinately proceeded with his plans for war. Esav epitomized the subject of the Gemara’s statement: “The wicked do not repent even at the entrance to Gehennom” when they see what awaits them (Eruvin 19a).

Hashem said concerning Edom, “I have made you inferior among the nations; you are very despised” (Ovadiah 1:2). In a similar vein, Hashem says, “[W]as not Esav the brother of Yaakov? Yet I loved Yaakov, but I hated Esav” (Malachi 1:2-3). Nowhere in Tanach do we find such an expression of hatred and contempt for any rasha other than Esav. Why was he so despised by Hashem?

Esav was a descendant of a very distinguished family who all served as examples of how to conduct oneself and walk in the path of Hashem. His grandfather, Avraham Avinu, was thrown into a fiery furnace for his faith and was willing to sacrifice his only son, Yitzchak. His father, Yitzchak, joyfully accompanied Avraham to the Akeidah to fulfill the will of Hashem.

Both Avraham and Yitzchak merited to speak with Hashem. Esav’s brother, Yaakov, was a tzaddik who also merited to speak with Hashem, and his mother, Rivkah, was worthy of being the mother of the 12 tribes. The reason Esav is abhorred is because despite all the opportunities he had and the favorable circumstances in which he was brought up, Esav chose to pursue his desires and live a corrupt life.

Esav was not a tinok shenishbah – one who knows nothing about Torah and is therefore not held responsible for not doing the mitzvos. He experienced a Torah life and opted to turn his back on it; such an individual is inferior, despised, and hated.

One day, a very expensive coat that the rebbetzin had received as a gift was stolen. Although it was hard to believe that a recipient of the rav’s beneficence would steal from him, it became clear after a careful investigation that that is exactly what had happened.

The following month, the thief did not come to collect his stipend – undoubtedly the man was embarrassed – and R’ Shlomo Zalman was very upset. He immediately dispatched his gabbai to the man’s apartment to apologize on his behalf that he had obviously not allotted the man enough money to cover his monthly expenses. The gabbai informed him that the rav would be increasing his stipend immediately and he could, of course, keep the coat. He then conveyed the rav’s berachos and good wishes.

The thief was left speechless; he could not believe the rav’s reaction to his offense. From that day forward, he became a devoted disciple of R’ Shlomo Zalman and a committed adherent of Torah and mitzvos. 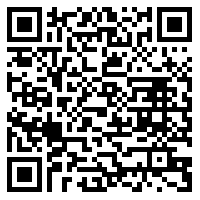