We noted last week that the Mishnah Berurah writes that a person shouldn’t say “Amen” since doing so would constitute a hefsek (an interruption) between the berachah and Shema. If so, however, why do so many people say the words “Kel melech ne’eman” right before Shema when they daven alone?

These words are found in almost every siddur today irrespective of nusach. They did not originally appear in Spanish-Sefardic siddurim, but the Ba’al Hamaor, one of the Torah giants of the Spanish community (who acquired much of his Torah scholarship in Provence, a region between France and Italy and a heartland of Ashkenazic practice), favored saying them as per the contemporary French custom, and the practice to do so took hold in many Sefardic communities.

He was not alone in promoting this change in Sefardic practice. Rabbi Yehudah b. Rabbi Yakar, the rebbe of the Ramban, also favored adding “Kel melech ne’eman” to the nusach hatefillah.

The premise for saying these words is as follows: A person’s body consists of 248 limbs, and Shema is supposed to, not only constitute a recital of faith, but serve as a spiritual protection for these limbs. Shema, however, only contains 245 words; thus, three words must be added to get to 248.

Yet, it would seem that these words should constitute a hefsek just as “Amen” does. If so, why do we say them when we daven alone? And if it is so important to have 248 words in Shema, why not say “Kel melech ne’eman” in shul too? Why only say them when davening alone? 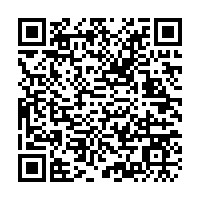