A psychiatric panel on Thursday decided that alleged sex offender Malka Leifer from Australia is mentally fit to stand trial and has been feigning mental illness.

In the coming days, the Jerusalem District Court will determine whether to extradite her back to her country, where she is wanted for sex offenses.


In December, The Jerusalem District Court delayed its decision on whether Leifer is mentally fit to be extradited to Australia after the psychiatric panel that was supposed to evaluate her notified the court it was unaware of a deadline for its definitive conclusion on the matter.

The psychiatric panel’s new due-date was set for January 10, and the subsequent hearing will be held on January 14.

The panel’s decision that Leifer is mentally fit for trial follows nearly six years of legal proceedings against the alleged offender.

Leifer, a former Ultra-Orthodox girls’ school principal, is charged in Australia with dozens of cases of child abuse. She fled to Israel in 2008 following allegations that she had sexually abused students at the Adass Yisroel school in Melbourne on 74 different occasions.

Nicole, Dassi and Elly Erlich, three sisters who were Leifer’s victims, issued a statement commending the panel on its decision after the long legal proceedings in Leifer’s case.

“We cannot believe this day has come!!! Incredible news!! We knew this all along! Such a long wait! Justice has come!!” They wrote.

“This is a monumental development in this prolonged case. It seems that finally justice will prevail. We are delighted for the three courageous sisters, Nicole, Dassi & Elly,” he said.

“We will continue to do all that we can to ensure Leifer is put on a plane back to Australia as soon as possible so that she can stand trial for the 74 charges of rape and sexual assault against the three sisters,” he added.

Leifer’s attorneys, Tal Gabbay and Yehuda Fried, said they are confident the court will reject the panel’s conclusion and refrain from extraditing Leifer to Australia.

“There is no surprise in the panel’s opinion. It is important to stress and remind that two previous psychiatric opinions that Leifer is feigning [mental illness] and is fit to stand trial were rejected by the court after a discussion of the evidence. We expect that will be the case for this opinion as well,” they said. 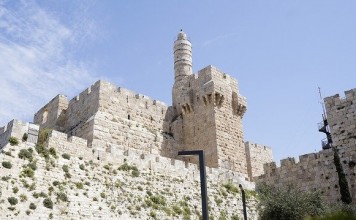