Esav could have been a great spiritual leader, an important partner in the building of the Jewish People. But it was not to be.

Due to Esav’s misdiagnosis of his own spiritual potential, he gave up on bridging the physical world with the spiritual, of sanctifying the material world, the ultimate goal of Torah.


In this week’s haftarah we read from Sefer Ovadia. As we once pointed out, Chazal tell us, as Rashi notes in his first comment on this sefer, that Ovadia was a convert from the nation of Edom, of Esav. HaKadosh Baruch Hu sent him to deliver a message to the nation of Edom that because they had spiritually failed as a nation, they would be punished. This is the basic thrust of our haftarah. It is clear that Ovadia, a person who came from a wicked nation and environment but came close to Hashem and Torah by converting, was someone who could lecture his former nation about their evil failings.

There is one pasuk toward the end of the haftarah which summarizes the most significant way in which Esav failed.

The pasuk stresses that the spiritual power of Yosef is what causes Esav to fail. Rashi stresses this point Parshas Vayeshev (30:25) saying that when Yosef was born, Yaakov felt ready to face the challenge of Esav. Yosef is call sitno shel Esav, the adversary of Esav, and Rashi cites the above pasuk. Yosef is the flame which consumes Esav. Why is this? Esav maintained that it was impossible to be successful in both the material and spiritual worlds, and thus he gave the spiritual world to Yaakov and took the physical world for himself.

The life of Yosef displayed very clearly how wrong Esav was. Yosef was extremely successful, reaching the cusp of world power as viceroy of Egypt, while maintaining his great spiritual levels.

There are stark differences between Yaakov/Yosef and Esav.

Rav Yisrael Simcha Schorr quotes an Agra d’Kallah (from the Bnei Yissaschar) that cites a Zohar at the end of Parshas Pinchas which states that Yaakov and Esav divided the months between themselves. Yaakov symbolizes the middas harachamim, compassion, while Esav symbolizes the middas hadin, justice. Certain months are connected more to din and others are connected to rachamim. Esav wanted to take all the summer months, Tammuz, Av, and Elul. As we know, Tammuz and Av are difficult months for us, times of din. However, Yaakov would not allow Esav to take the month of Elul, as it would be too hard on Klal Yisrael to come into the din of Rosh Hashanah without the rachamim of Elul. We need Hashem’s compassion for a full month in order to face the great Day of Judgment.

The Zohar sees this dispute in the pasuk in Parshas Toldos (25:26), “veyado ochezes b’akeiv Esav.” Yaakov was holding on to the heel of Esav – the end of the calendar year, the summer months. Esav had grasped them, but Yaakov was trying to get a hold of Elul from him. Yaakov was, in fact, successful and Elul became a month of rachamim.

The Agra d’Kallah quotes the Chida on that pasuk who says that “yado,” his hand, also refers to the letter yud. As Rashi says in Parshas Beshalach, yud represents machshava, a thought. The yud is small and so too is thought in the physical realm – it is unseen. The yud was in the heel of Esav, thus, thought was not a foremost value in Esav’s identity. Esav was asuy, fully formed, with the yud coming at the end. In Esav’s world, thoughts follow action. Do first, think second.

Esav name should have been Asuy, but Yaakov took the yud from the end of Esav’s name and put it in the front of his own. Yaakov should have been called Eikev for holding on to Esav’s heel, but taking the yud demonstrated that he was all about thought first and action second. As the Chida writes, sof maaseh b’machshava techila; for Yaakov the actions are always preceded by the thoughts. Avos D’Rav Nosson says that the heel is the least sensitive part of the body. For Yaakov, even the heel, even the most distant part of himself, is always directed by the yud, by thoughts.

The Torah (Bereishis 39:11) says, “Yosef came to the house to perform his work.” Rashi tells us that Potifar’s wife did not attend an idolatrous holiday celebration event with everyone else, pretending to be sick, in order to catch Yosef alone and tempt him to sin. How did she know that Yosef would be at home? Even if it she knew he wouldn’t attend the idolatrous event, he could have been someplace else. Why did she assume he would remain at home?

The Yalkut Shimoni seems to answer this question. Says the Midrash (remez 146): What does it mean that Yosef went to the house to do his melacha, his work? Something like a gezaira shava, a parallel-word connection, is made to the pasuk (Bereishis 2:3) which says we cannot do melacha on Shabbos because Hashem refrained from doing so. Says the midrash: What kind of work was Yosef doing at the house? It was Shabbos and he was specifically not doing work. So what was his melacha? Torah study! Every Shabbos, Yosef would review all the Torah which Yaakov taught him.

Indeed, even in the bitter exile, Yosef maintained his spirituality and kept Shabbos.

Indeed, Bamidbar Rabbah (14:2) on the famous pasuk in Parshas Miketz which alludes to Chanukah, “U’tvo’ach tevach vehachein,” says that Yosef had instructed his workers to slaughter some animals and prepare a meat meal. (The hint to Chanukah is in the last letter of tevach, and the word vehachein, which are the letters of Chanukah.) The midrash again uses something like a gezaira shava, and connects the word vehachein to “Ba’yom ha’shishi v’heichinu,” a pasuk (Shemos 16:5) that relates how Klal Yisrael have to prepare all food for Shabbos on Erev Shabbos, including the cooking and baking of the mon. The midrash says that Yosef was having his workers prepare food on Erev Shabbos to be eaten Friday night at the seudah. When Yosef and the brothers ate together, it was a Shabbos meal! (Of course, the brothers did not yet know it was Yosef they were eating with.)

Once again, we see that Yosef kept Shabbos, not only in refraining from work, the shamor mitzvos of lo saaseh, but he in observing the positive mitzvos of enjoying oneself, the mitzvos of zachor.

Yosef is the flame which consumes Esav. Yosef demonstrates that Esav’s attitude toward the world was a colossal mistake and a giant opportunity lost. 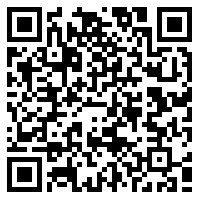