Jacob and Esau are about to meet again after a separation of 22 years. It is a fraught encounter. Once, Esau had sworn to kill Jacob as revenge for what he saw as the theft of his blessing. Will he do so now, or has time healed the wound? Jacob sends messengers to let his brother know he is coming. They return, saying that Esau is coming to meet Jacob with a force of 400 men. We then read: “Then Jacob was greatly afraid and distressed” (Genesis 32:8).

The question is obvious. Jacob is in the grip of strong emotions. But why the duplication of verbs? What is the difference between fear and distress? To this a midrash gives a profound answer:


Rabbi Judah bar Ilai asked whether fear and distress are identical. The meaning, however, is that he was “afraid” that he might be killed and that he was “distressed” that he might kill. For Jacob thought that if he prevails against me, will he not kill me? If I prevail against him, will I not kill him? That is the meaning of “he was greatly afraid” – lest he should be killed – “and distressed” – lest he should kill.

The difference between being afraid and distressed, according to the midrash, is that the first is a physical anxiety while the second is a moral one. It is one thing to fear one’s own death, quite another to contemplate being the cause of someone else’s. However, a further question now arises. Surely self-defense is permitted in Jewish law. If Esau were to try to kill Jacob, Jacob would be justified in fighting back, if necessary at the cost of Esau’s life. Why then should this possibility raise moral qualms? This is the issue addressed by Rabbi Shabbetai Bass, author of the commentary on Rashi, Siftei Chachamim:

“One might argue that Jacob should surely not be distressed about the possibility of killing Esau, for there is an explicit rule: ‘If someone comes to kill you, forestall it by killing him.’ Nonetheless Jacob had qualms, fearing that in the course of the fight he might kill some of Esau’s men, who were not themselves intent on killing Jacob but merely on fighting Jacob’s men. And even though Esau’s men were pursuing Jacob’s men, and every person has the right to save the life of the pursued at the cost of the life of the pursuer, nevertheless there is a condition: ‘If the pursued could have been saved by maiming a limb of the pursuer, but instead the rescuer killed the pursuer, the rescuer is liable to capital punishment on that account.’ Hence Jacob feared that, in the confusion of battle, he might kill some of Esau’s men when he might have restrained them by merely inflicting injury on them.”

The principle at stake, according to the Siftei Chachamim, is the minimum use of force. Jacob was distressed at the possibility that in the heat of conflict he might kill some of the combatants when injury alone might have been all that was necessary to defend the lives of those – including his own – who were under attack.

There is, however, a second possibility, namely that the midrash means what it says, no more, no less: that Jacob was distressed at the possibility of being forced to kill, even if that were entirely justified.

At stake is the concept of a moral dilemma. A dilemma is not simply a conflict. There are many moral conflicts. One example: may we perform an abortion to save the life of the mother? This question has an answer. There is a right course of action and a wrong one. Two duties conflict and we have meta-halachic principles to tell us which takes priority. There are some systems in which all moral conflicts are of this kind. There is always a decision procedure and thus a determinate answer to the question, “What shall I do?”

A dilemma, however, is a situation in which there is no right answer. I ought not to do A (allow myself to be killed); I ought not to do B (kill someone else); but I must do one or the other. To put it more precisely, there may be situations in which doing the right thing is not the end of the matter. The conflict may be inherently tragic. The fact that one principle (self-defense) overrides another (the prohibition against killing) does not mean that, faced with such a choice, I am without qualms. Sometimes being moral means that I experience distress at having to make such a choice. Doing the right thing may mean that I do not feel remorse or guilt, but I still feel regret or grief that I had to do it. 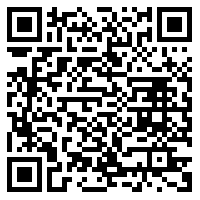