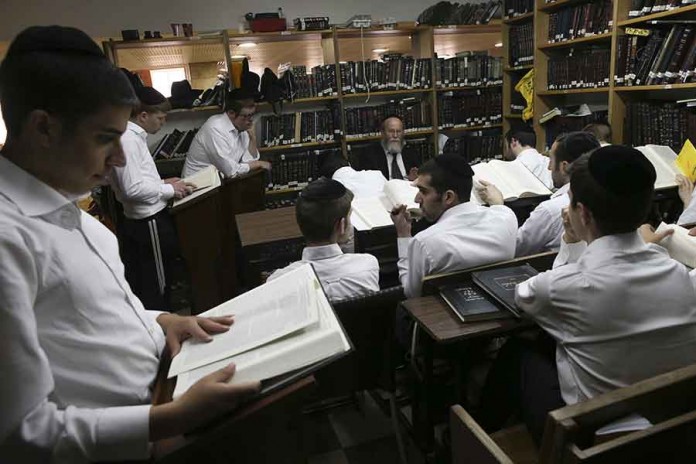 “‘You shall be to Me a kingdom of princes and a holy nation;’ these are the words that you shall speak to Bnei Yisroel.” (Shemos 19:6)


Hashem commanded Moshe Rabbeinu to say these words, no more and no less, when Moshe speculated how Bnei Yisroel, who had been slaves, could rise to the status of “kingdom of princes and a holy nation.”

Initially, Moshe thought he would only teach the elders, as it says (Shemos 19:7), “Moshe summoned the elders of the people …” But the Jewish people protested that the Torah was for everyone, not just the wise and the scholarly. Therefore the Torah continues, “The entire people replied collectively and said: Everything that Hashem has spoken we shall do!” To this Hashem responded (Devarim 5:26), “Would that their hearts remain like this, to fear Me and to keep all My mitzvos all the days …” In other words, if only their enthusiastic desire for holiness and passion for the Torah and mitzvos would endure throughout the generations.

From this, we derive from our obligation to continuously demonstrate our yearning and devotion to Torah. Our fervor and dedication to Torah study must never wane. In that way, Hashem will achieve true satisfaction and pleasure, as He did when we stood at Har Sinai and accepted the Torah.

The Rambam (Hilchos Talmud Torah 1:8) notes that every Jew is obligated to study Torah, whether he is poor or rich, old or young, and he must establish a fixed time for Torah study, as it says (Yehoshua 1:8), “You shall think about it day and night.”

HaGaon R’ Mordechai Eliyahu indicates that Hashem knew there would be times when some would underestimate their potential, and perhaps feel that they were not capable, or worthy, of fulfilling all of the Torah. He therefore told Moshe explicitly that the Torah was given to all of Klal Yisroel without exception.

The Medrash relates that R’ Yannai would invite guests to his home. One day he met an unlearned individual to whom he extended an invitation. The man declined, however, and said he preferred eating at a restaurant. When R’ Yannai pointed out that the restaurant was not kosher, the man said he would eat only vegetables. R’ Yannai insisted that the man join him for a meal, and he finally relented.

After the meal, R’ Yannai asked the guest to speak in Torah, but the man said he didn’t know any Torah.

“Let us join together for the Grace After Meals,” said R’ Yannai, but the guest said he didn’t know how to bentsch.

When R’ Yannai realized how uneducated the man was, he informed him that he was a coarse individual with no manners. The guest was highly insulted and summoned R’ Yannai before the court. The man explained to the tribunal that he had no one to teach him Torah because he was an orphan. However, he recalled that he had once heard a Rav say that “the Torah that Moshe commanded us is the heritage of the congregation of Yaakov” (Devarim 33:4).

“If so,” claimed the man, “why does R’ Yannai have Torah and I have nothing? I am also a member of the Jewish nation.”

The judges smiled, and R’ Yannai said, “What do you want from me?” and the man demanded his inheritance.

“If I have something of yours, come and I will give it to you,” said R’ Yannai.

The man began to learn the Aleph Bais, Chumash, and the prayers.

It says in Pirkei Avos (2:17), “Apply yourself to study Torah, for it is not yours by inheritance.” This is understood to mean that it doesn’t belong to select individuals, but to all members of the Jewish nation. Similarly, the Mishnah in Sanhedrin (10:1) says that every Jew has a portion in the World to Come. The only caveat is that one must nurture his legacy like one cultivates and cares for a plant in order to ultimately merit the fruits of his labor.

In The Name Of A Dog

R’ Tuvia Levenstein is a coordinator of Lev L’Achim activities in the south, an organization that enrolls children in Jewish schools and sets up Torah seminars and classes in various cities for disenfranchised teens and adults. Their mission is to ensure a Torah education for every single Jew, no matter his background.

Once, an American visitor accompanied R’ Levenstein to Sderot to see the organization’s work firsthand. As they were approaching the city, air raid sirens went off. Rav Levenstein quickly accelerated in order to find safe shelter from the missile attack. Suddenly a dog ran out into the street in front of the car.

The owners of the dog ran out crying and shouting, “That’s our dog! You hit the dog!”

The American explained that the dog had obviously become disoriented and ran into the street. “We were speeding because we were in search of shelter. We truly regret what happened, and certainly had no intention of harming the dog.” The American offered the dog’s owners $500 but they refused to take his money. The American then begged them to at least join them for a cup of coffee so they could get acquainted.

In their conversation, the dog owners asked R’ Levenstein and his guest, “What do you do?”

The Lev L’Achim representative began to explain their mission. “We organize classes and lectures in Torah in various neighborhoods and we were coming here to set up one of our many programs.

“Maybe you can dedicate one of your lectures l’iluy nishmas the dog,” said the dog owners

“Fine,” said R’ Levenstein. We will sponsor a special seminar of Torah and call it by the name of the dog.

Following this, Rav Silberstein went to ask the great Gaon HaRav Aharon Leib Shteinman whether it was appropriate to do this. Rav Shteinman said it didn’t matter whether the seminar was dedicated to a dog or a donkey; the main objective was to make Torah available for all people. 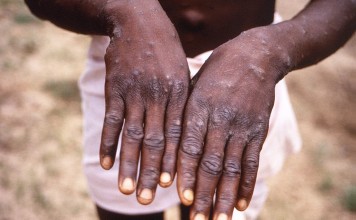