After the Germans upped the price by almost 100%, Israel’s Defense Ministry announced Thursday morning that it would purchase three submarines from a new series called Dakar, in an agreement amounting to approximately €3 billion.

INS Dakar was a diesel-electric submarine of the Israeli Navy that was purchased from the UK and was lost with her entire 69-man crew en route to Israel on January 25, 1968.


“As detailed in the agreement, the first submarine will be delivered within 9 years,” the ministry reported, adding, “The agreement also includes the construction of a training simulator in Israel and the supply of spare parts. The German government will fund part of the agreement through a unique grant, in accordance with an agreement signed between the countries in 2017.”

As we reported on Tuesday (Germans Blindside the IDF, Doubling Cost of 3 Submarines), the German government originally sweetened the deal for Israel by agreeing to pay a third of the cost, €600 million ($684 million). That hasn’t changed: the Germans will subsidize the sale with €600 million – but with the price now at €3 billion, Israel’s share will rise from €1.2 billion to €2.4 billion ($2.74 billion).

According to Haaretz, the German government initially expressed reservations about the deal, and included in the memorandum clauses that would allow it to withdraw from it should Israel’s state commission of inquiry into Case 3000—the submarine affair—reveal material corruption in the promotion of the sale.

Apparently, Prime Minister Naftali Bennett’s objection to establishing the commission of inquiry stemmed from his fear of losing the deal.

And yet, the architect of the commission move, Defense Minister, Benny Gantz, sounded cheerful Thursday, when he stated: “The procurement of three advanced, operational submarines joins a series of measures that we have taken in the past year in the process to equip and strengthen and IDF. I would like to thank the German government for its assistance in advancing the agreement and for its commitment to Israel’s security. I am confident that the new submarines will upgrade the capabilities of the Israeli Navy, and will contribute to Israel’s security superiority in the region.”

According to the Israeli Ministry of the Economy and Industry, ThyssenKrupp also signed an industrial strategic cooperation agreement to the tune of more than €850 million the Germans will invest in purchases from Israeli industries, including defense companies. “This will result in the opening of new markets, professional training, technological development, employment opportunities and a positive influx for both the Israeli economy and the defense establishment,” the Defense Ministry’s statement went, adding, “This is a detailed agreement, with investment components that were agreed upon in advance.” 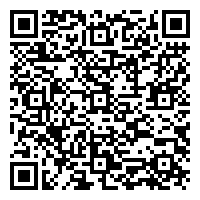